Banksy originally comes from Bristol and in the beginning he became known there and in London for his template graffiti works on walls of houses in public space. The artist travels a lot and leaves behind a great body of street art. Some of his works in public space are being protected of demolition by the cities with object boxes. Banksy sometimes hangs his works unsolicited in museums. This has already happened for example at the Tate Modern in London, the Metropolitan Museum of Art in New York and at the Louvre in Paris. The artist is keen to keep his identity secret 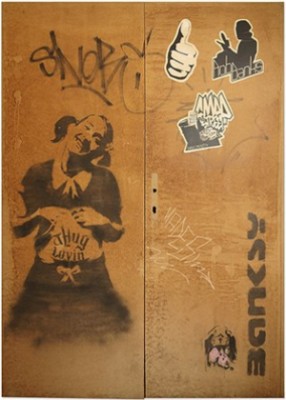 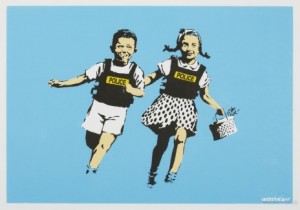