Born in Siberia in 1878, Walkowitz was brought at about age five by his mother to the U.S. following his father's death. Settling into the Jewish ghetto of New York City, Walkowitz drew prodigiously as a child, and attended the Artists Institute and the National Academy of Design as a student. When his natural tendency towards experimentation was criticized, instead of giving in he opened up to the fresh influence of the budding European avant-garde.

Saving his money, in 1906 he joined the small flow of American expatriate artists following Alfred Maurer's lead to Paris. There he attended the Academie Julian and soaked up the newly emerging innovations of Cubism, Fauvism, and the movement towards abstraction. Perhaps of greatest consequence to the artist, he first met the dancer Isadora Duncan during this stay. He ultimately made more drawings of her than I have hairs on my head, by his own account, recalling her figure as his archtype for the next four decades, even well after her death.

A selection of these Duncan drawings play a central part in the present exhibition.These drawings, at times highlighted with a wash of color that defines Duncan's dress, resemble the movement studies now familiar to any art student. Line is used to react to a model in motion--feeling out the look of the figure replaces the careful observation that goes into extended posing.

Walkowitz' movement studies, however, arose out of a spirit of innovation rather than an art school environment. He was developing a felt sensibility, an intuitively expressive set of marks. While Walkowitz never developed an art that was sufficiently commanding or original to place him at the front rank of American Modernism, his place immediately behind was well earned. It is difficult to appreciate the level of inner certainty Walkowitz and other members of the nascent avant-garde clearly possessed--from the time of his first exhibition in 1908 he had to learn to accept ridicule.

As a member of Alfred Steiglitz' inner circle and a regular exhibitor at his renowned 291 Gallery until it closed in 1917, and as an active participant in the keystone Armory Show of 1913, Walkowitz quite knowingly accepted that often times large numbers of visitors would attend his shows and those of his close colleagues not to admire but to laugh at what they saw.

After the First World War the artist continued to work prolifically, though within parameters already set before the War, until the late 1940s, when his eyesight failed. In 1963, two years before his death, the blind artist was honored by the American Academy of Arts and Letters, to some degree bearing out his own description of the career of an artist: first jeers, then sneers, and finally cheers 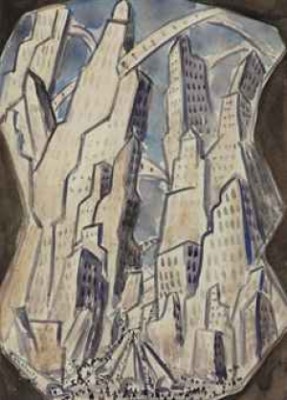 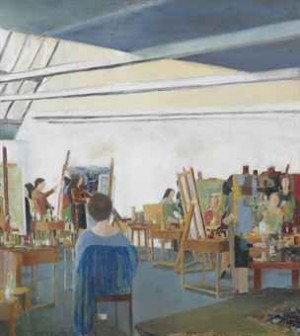 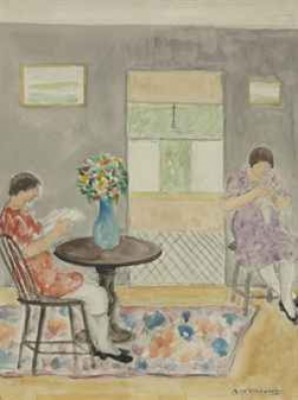