Life
He was the eldest son of Jan Hendricx Ostade, a weaver from the town of Ostade near Eindhoven. Although Adriaen and his brother Isaack were born in Haarlem, they adopted the name \"van Ostade\" as painters.
According to Jacobus Houbraken, he was taught from 1627 by Frans Hals, at that time the master of Adriaen Brouwer and Jan Miense Molenaer. At twenty-six he joined a company of the civic guard at Haarlem, and at twenty-eight he married. His wife died in 1640, and he speedily re-married. He again became a widower in 1666. In 1662 he took the highest honors of his profession with the presidency of the painters Guild of Saint Luke in Haarlem. Among the treasures of the Louvre is a striking picture of a father sitting in state, his wife at his side, surrounded by his son, five daughters, and a young married couple in a handsomely furnished room. By an old tradition, Ostade here painted himself and his children in holiday attire; but the style is much too refined for the painter of boors, and Ostade had but one daughter. 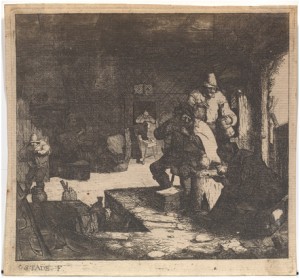 Smokers In An Inn 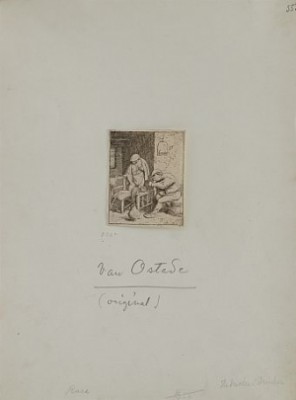 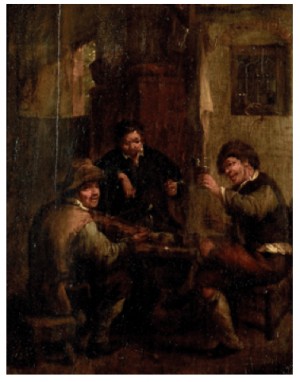 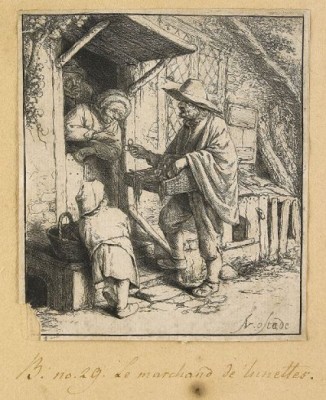 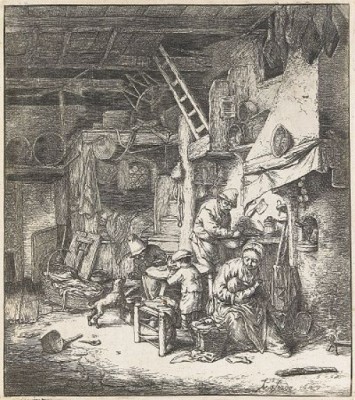 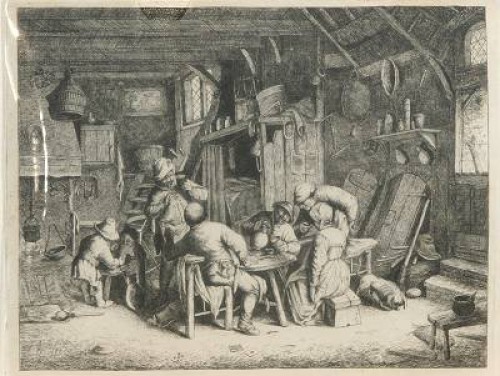