Andreis’ subjects were mostly genre pieces set in 17th and 18th Century costumes similar to those of Stephen Lewin. His broad confident technique, which captures beautifully the play of light upon his images, is an interpretation that is highly original. Both the colour and atmosphere of his canvases come alive, giving his figures a natural environment in which to cast their spell.
Whether tavern interiors, figures playing chess or cavaliers admiring a new acquisition, Alex de Andreis fires the imagination with his images of a bygone age and presents us with highly decorative images which in today’s market, as in the artist’s day, are very collectable. 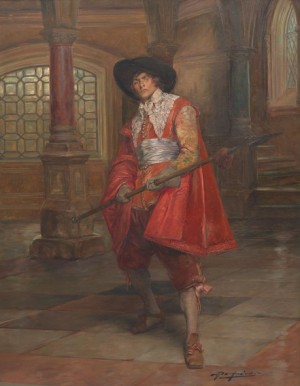 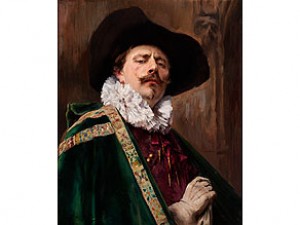 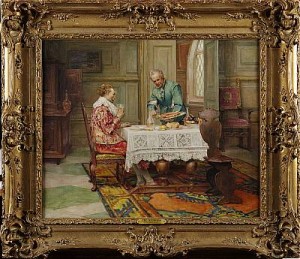