Also known as: A

Deineka was born in Kursk and studied at Kharkov College, and between 1918 and 1920 he was swept up in the excitement of the Revolution, decorating promotional trains, designing for the Red Army Theatre and circulating pamphlets, and he joined the Red Army in Kursk. In 1920, he left for Moscow and attended VKhUTEMAS. He was active in the new culture scene and met Vladimir Makovsky whose poetry had made a profound impact on the young painter. In 1925 he was one of the founders of the Society of Easel Paintings (OST), a group of young artists uniting to form a new art, and in 1928 he became a member of Oktyabr.
Deineka´s talent was officially recognised many times by the state; he became a National Artist of the Soviet Union in 1936, earned the title of Professor in 1940, was an official member of Academy of Arts in 1947 and vice-president of the Acadamy from 1962-1966, and he was awarded Order of Lenin in 1964 for his mosaics and Order of the Red Banner of Labour.
Deineka helped shape and define contemporary art after the Revolution. Sport, work, industry and aviation were favourite subjects of Deineka and became symbols of Soviet culture. Deineka strongly believed in his paintings as he felt that ´.sincerity is the foundation of art. In art, one finds the justification of man. This sincerity is in the inherent ideals of the age.Happy is the painter who will know to create works determined by the age.´ Deineka followed this belief, striving to reflect contemporary life around him.
Throughout his life, Deineka proved his versatility as an artist. In addition to painting and sculpture, he worked in mosaic, famously for the Moscow Metro stations Mayakovskaya and Novokuznetskaya, and fresco and illustrated children´s books. He also designed Soviet posters and helped decorate the streets during Soviet holidays.
During the Second World War, Deineka explored war themes on a monumental scale in pictures such as ´The Defence of Sebastopol´. We do not know if he visited Stalingrad during the war, but for Deineka, this did not matter; about Sebastopol, he wrote: ´.although I did not see the resistance of the city; I only heard the tales about the defence. Why did I paint this work? I love Sebastopol, a town I visited before the war, on ships and cruisers.When I saw photographs of the ruined town, I realised that I had to paint this picture. When I was working on it, I experienced everything for real and put my whole heart into it.´ 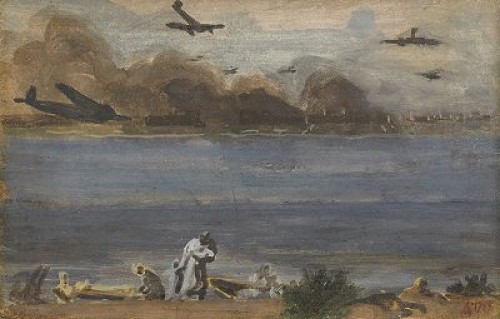 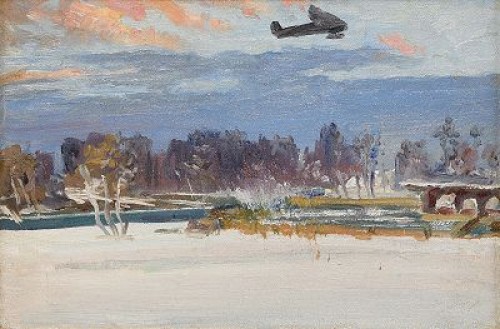