Alexander Jamieson was born in Glasgow and trained there at the Haldane Academy. In 1898 he won a scholarship to study in Paris where, in the progressive atmosphere of contemporary French painting, his style began to develop a broad Impressionistic character. He visited Spain in 1911, and held his first one man show in London in 1912. He worked mostly in oil and painted landscapes, town scenes and occasional portraits, retaining from his days in Paris a particular fondness for the towns and countryside of the Continent.
After WWI, in which he served, he settled at last in Buckinghamshire, enjoying considerable acclaim for much of his work. Elected IS 1904 and ROI 1927. 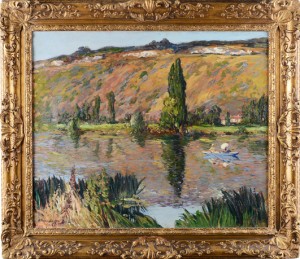