Kubin spent his childhood and student days in Salzburg, where he attended the arts and crafts school. After that he was trained for four years by the photographer Beer in Klagenfurt.
In 1896 he tried to commit suicide at the grave of his mother, from whose untimely death he could not recover. In spite of his depression, he decided to finish his apprenticeship. In spring 1898 Kubin moved to Munich and studied graphics and art at private art schools and at the academy of art. During his numerous visits to the Pinakothek he dealt with the drawing of revolutionary artists around 1900: Klinger, de Groux, Rops, Munch, Ensor and Redon. Kubin got into an ecstasy of creativity and in 1904 many hundred sheets of his famous 'Frühwerk' [early work] came into existence. In February 1904 he met Hedwig Gründler, sister of the author Oskar A.H. Schmitz, whom he married the same year. She financed the acquisition of the so-called 'Schlössl' in Zwickledt near Wernstein/Inn, where they moved in 1906. In Zwickledt he attended intensively to literature and his artistic production. Occasional trips to Bohemia, the Balkans, the south of France, Italy, Prague, Berlin, Munich, Zurich or Paris allowed him to meet with artist colleagues and friends. In 1909 he became a member of the 'Neue Künstlervereinigung München', which he left in 1911 on demand of Kandinsky and Gabriele Münter to join the newly founded 'Blaue Reiter' and to exhibit his works together with his friends Paul Klee and Franz Marc. Being influenced by Goya, Redon, Ensor and Klinger, he created thousands of pen-and-ink drawings, many portfolios - among them the famous 'Totentanz' [Dance of the Dead] from 1925 - and illustrations for more than 70 books by authors like Dostojewski, E.T.A. Hoffmann, Poe, Nerval and Strindberg. From a dense tangle of lines emerge imaginative-demonic or defamiliarized erotic dreamscapes with ghosts appearing like hallucinations. His work, heavily influenced by his crisis-wrecked life, shows his sombre view of the world. Important single exhibitions were dedicated to Kubin, his work was honoured many times: in 1930 he became a member of the Akademie der Preußischen Künste zu Berlin, in 1937 he was awarded the title of a professor. From 1949 on he was a member of the Bayrische Akademie der Schönen Künste and two years later he was awarded the Austrian state prize for fine arts. He died secluded in Zwickledt in 1959. His artistic estate was split between the Albertina Vienna and the Oberösterreichisches Landesmuseum Linz. In 1962 his house and the library in Zwickledt became the 'Kubin-Gedenkstätte Zwickledt' [Kubin-Memorial Zwickledt], to which the Landesgalerie Linz attends. 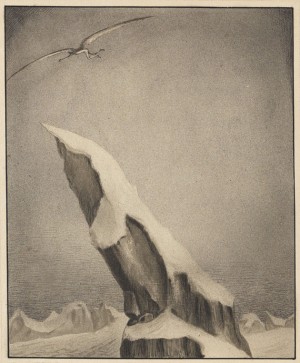 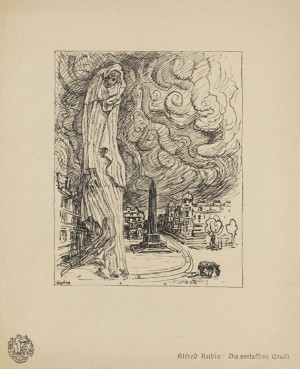 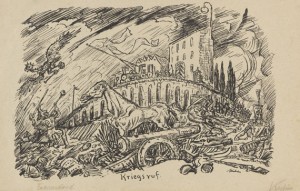 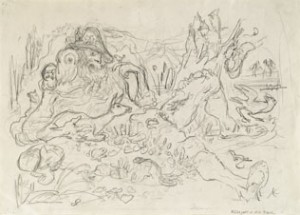 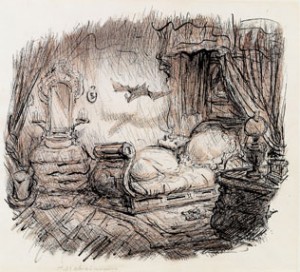