Also known as: B, BC

Bernard Childs, son of Russian immigrants, was born in Brooklyn/New York in 1910. In the daytime, he earned his living doing occasional jobs and at night he attended Kimon Nicolaides\\\' drawing lessons at the Art Students League. A severe financial situation forced Childs to abandon his artistic work. He did not restart drawing until his military service during world war II. Around 1947 he attended Amédée Ozenfant\\\'s class in New York. During the 1950s and 60s he often travelled, lived in Italy, Paris and Japan for a longer period. Between 1966 and 1977 he alternately lived in Paris and New York. Bernard Childs\\\' artistic work was extraordinarily complex. In the 1950s he developed an abstract picture language, in which he worked with archetypical signs and symbols and with the methods of surrealistic automatism. Since 1955 he also attended to printed graphics, which accompanied his painting. Childs used electrically powered tools to work on his plates. This way he lent velvet-like structures and a vivid, skilful line direction to his prints. In 1959 Childs began to paint portraits, which were stylistically and intentionally formed in an expressionistic way and which he regarded as an antipol to his abstract works. When the artist travelled to Japan at the beginning of the 1960s he was inspired to use new materials in his painting. Childs mixed sand, carborundum and brick powder in his oils. In this period melancholic works in dark colours and print series with titles like ‚Holocaust\\\', in which the artist cautioned against an atomic war. Since 1965 the artist attended to the subject of platonic and erotic love, which he realised in lighter colours. At the end of the 1960s Childs tried new artistic methods. Plastic compositions of clotted transparent acrylic plates with engraved figurative signs, which were lightened by a masked light source. The occupation with light was continued in the images of sunsets after 1970. At the beginning of the 1980s Childs produced numerous sketches during the rehearsals for the annual Mozart festival and in 1982 his only self-portrait was executed. 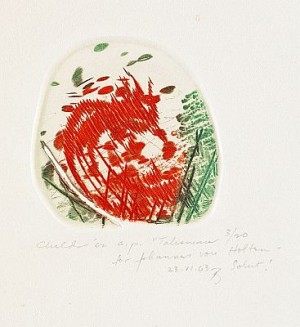 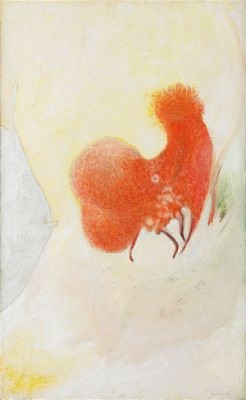 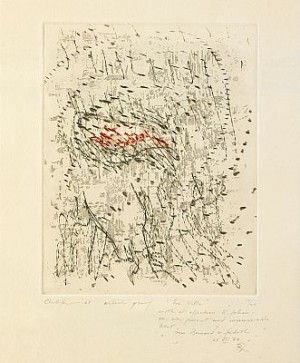 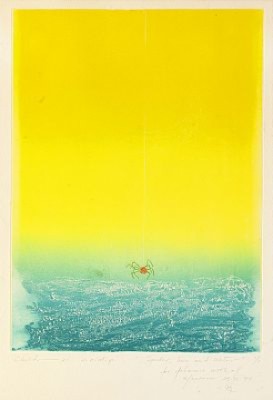