The painter and sculptor Berthe Martinie was born in 1883 in Nérac (Lot-et-Garonne) and died in Paris in 1958. From 1906 to 1908, she studied at the Ecole des Beaux-Arts of Paris under the painter Humbert, who ran the only studio open to women. In 1913, she married the journalist and art-critic Henri Martinie, who supported her throughout her career, though World War I and the birth of her children interrupted her production for several years.

Her work took a dramatic turn at the end of the 1920s, when she decided to concentrate fully on sculpture; it was a choice that made her reputation. Self-taught in the medium, she quickly mastered the techniques of modeling and carving, and befriended the sculptors Robert Wlérick, Jean Carton, and Paul Cornet as well as critics such as Claude Roger-Marx. She also participated in various salons, including the Salon d’Automne and the Salon des Tuileries in Paris; it was at the 1933 Salon des Tuileries that the State purchased her Doe and her Bull. She also took part in the Universal Expositions in Paris in 1937 and in Brussels in 1958, and in group exhibitions in galleries and institutions in France, including the Museum of the Petit Palais and the Rodin Museum, and abroad in the United States, Italy, Holland, Sweden, and South America. After her 1925 solo exhibition at Weil’s, she had regular one-woman shows in Parisian galleries.

Her search for truth, her generous and passionate personality, her diligence, and her artistic principles all drew her to the group of independent figurative sculptors. Like her contemporary Jane Poupelet, her favorite subjects were the female nude and animals, and in 1949, the State commissioned a Boar from her for Wilson Park in Thionville and various reliefs for the large cat house in Paris’ Jardin des Plantes. In the center of her era’s art world, appreciated by critics and well-represented in private and public collections, she is unjustly forgotten today. 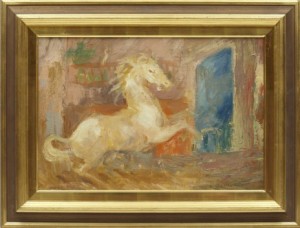 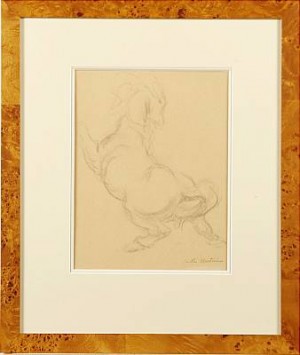