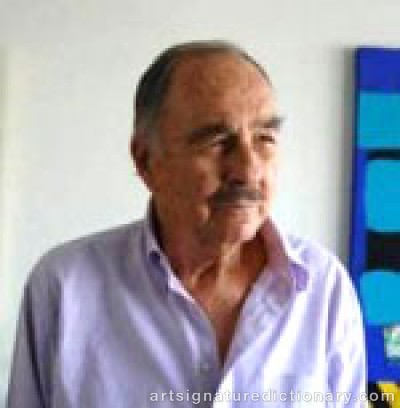 Burhan Dogançay is primarily known for a body of work that grew out of his fascination with urban walls; they have a special meaning to him and it is that observation that he transformed into art. Walls serve as a testament to the passage of time, reflecting social, political and economic change. They also bear witness to the assault of the elements and to the markings left by people. No other artist has explored urban walls as thoroughly and passionately as Dogançay.

Burhan Dogancay is an unconventional artist who played an important role in the development of the 1960s American art scene. Keeping his promise to his father, he studies law at the University of Ankara an d painting must remain just an enjoyable pastime. After graduating he moved to Paris to study economics. In the Parisian whirlwind of the 1950s he spends his time in the company of artists and attending the Academie de la Grande Chaumiere. Charmed by his bohemian milieu he takes part in many of its exhibitions.

In 1962, his work took him to New York and he developed a personal style and found great inspiration for his work to follow. In the early 1970s Dogancay organized his paintings graphically with flatter areas and brighter colors. Dogacay is the recipient of many awards and his works are included in the permanent colelctions of the world's most prominent museums.

The Dogancay Museum, Istanbul, which opened in 2004, is Turkey’s first contemporary art museum. It provides a general overview of a small portion of Dogançay’s prolific oeuvre. This mini-retrospective spans five decades of Dogançay’s artistic evolution starting with his early figurative paintings up to his wall-inspired works as well as photographs. 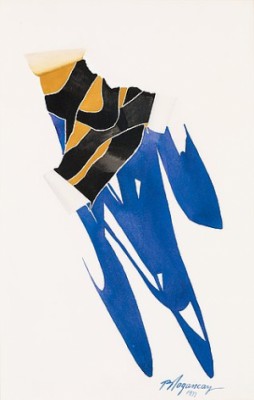 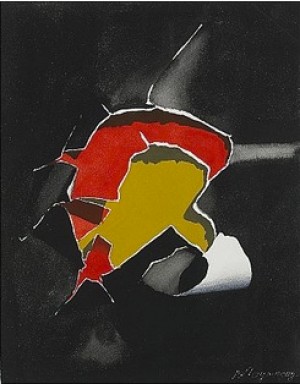 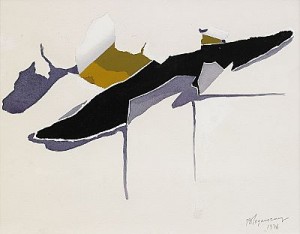