Carl Frederick Gaertner was born in Cleveland on April 18, 1898. He graduated from East Technical high school in 1918 and attended Western Reserve College. In high school he studied mechanical design, but by his senior year had decided to make painting his primary avocation. From 1920 to 1923 he studied at the Cleveland School of Art (now the Cleveland Institute of Art) with Henry Keller. In 1922, he entered his first May Show at the Cleveland Museum of Art and won second prize for an industrial oil painting. From 1925 until 1952, he taught studio classes at the Cleveland School of Art and occasional classes at John Carroll University, Western Reserve University and the John Huntington Polytechnic Institute. The reflective eye of Gaertner chronicled three decades of Cleveland and its people. It is all there: the growing might of industrial Cleveland; the mass-produced promise of the assembly line, giving way to a dawning awareness of lost freedom, and the surrender of individuality; the love affair of Americans with nature and the ideals of Thoreau and Whitman and Frost; and the conflict between that love affair and the industrial promise. Gaertners subject matter was always drawn from the world around him. Early in his career, he focused on Cleveland and its environs. This interest never left him, but as he matured, his choice of subjects broadened. He painted watercolors and oils of Bermuda in the mid 1920s and began making frequent trips to Provincetown in 1926. Like other Cleveland artists, he culled inspiration from travels within the United States, notably trips to Pittsburgh and Cambridge Springs in Pennsylvania, to the mountains of West Virginia, and to Cape Cod. From the mid 1940s until his death, he also produced paintings based on sketches made during train rides to visit galleries in New York City. At the time of his premature death in 1952, Carl Gaertner enjoyed a considerable reputation as a master of American Scene painting. By the 1940s, Gaertner was represented by the Macbeth Gallery in New York City and his paintings were exhibited in shows throughout the United States. In 1944 and 1952, Gaertner received the National Academy of Designs highest award for individual work in a group exhibition. Prestigious institutions, including the Cleveland Museum of Art and the Metropolitan Museum of Art, had begun acquiring his paintings. 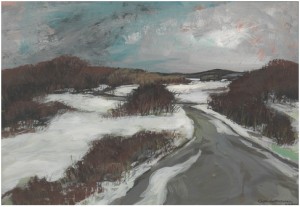 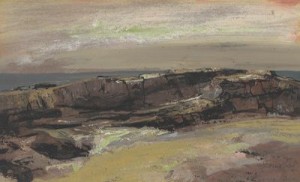 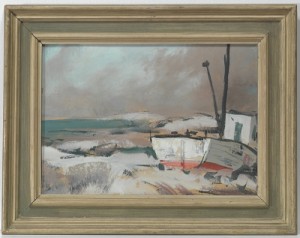 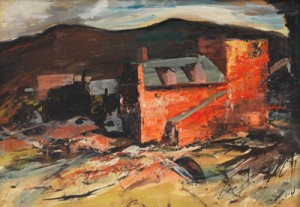 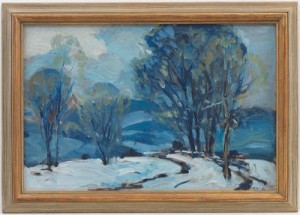 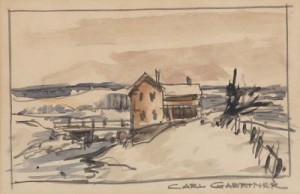 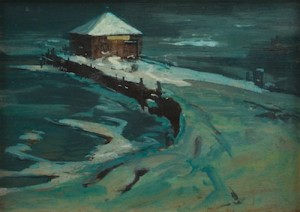 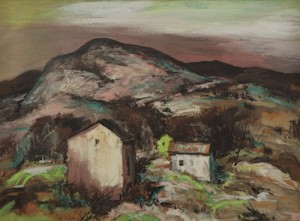