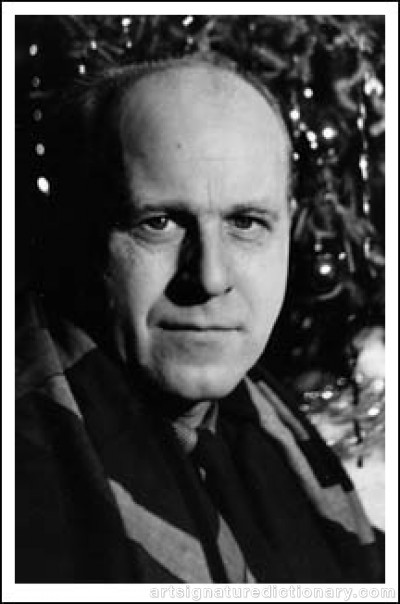 "I was a student of Robert Henri from 1903 to 1910, first in the New York School of Art (Wm. M. Chase School), and later in the Henri Art School, receiving tuition scholarships from time to time, and manager of the latter, at a salary, for two years.
In connection with Robert Henri I would like to go on record here and always that, while under that great teacher of art and of the humanities, I was privileged to enjoy his personal friendship to a very great degree, never-failing encouragement, and his complete faith in my talents then, and until the end of his life.

In the winter and spring of 1912-13, I taught at the Art Students League of Los Angeles, after which, for eight months, I painted and studied in Paris, going to the Ecole Colarossi sketch classes, but not otherwise as the pupil of any master.

Meanwhile, I had exhibited in various group shows along with such painters as Henri, Sloan, Luks, Davies, Glackens, Bellows, Kent and others at the National Arts Club and elsewhere, and in the famous Armory Show, and in 1914 at the World's Fair in San Francisco and San Diego.

In 1916 I had my first one-man show of drawings given by George S. Hellman, 616 Fifth Ave. It was extremely well received by all the leading art critics of the N.Y. press, and sold a large number, including three to Mr. Sam A. Leisohn. This was followed by a second, in 1917, at Knoedler's, under the direction of Mrs. Albert Sterner. My subjects up to that time had been varied - the life of the streets, the theater, ballet, dance halls and cafes.

But in 1919 chance brought me to the Maine woods, where I became interested in quite different matters, painting in particular the winter aspects of that country in such abstract and imaginative pictures as "The Fear Forest", "Boreal Forest Pageant", "Woman in Evergreens", and "Woodsman Greets the Rising Sun", and which were interpreted by Kenneth Burke in an article for THE ARTS (Dec. 1921). These, together with others, including California work, water colors and drawings, were shown in 3 successive exhibitions, at the Marie Sterner Gallery, New York; The Arts Club of Chicago, and the Worcester Art Museum, with an illustrated catalogue and Foreword by Dr. Christian Brinton, in 1922. Several were then acquired by collectors.

Also, during these years, and until 1929, my paintings, and particularly drawings, were frequently reproduced by THE DIAL.

But actually, my art life has been one of almost continuous economic sieges. In fact I may say it has been a perfect example of what is bound to happen to any positive personality in art, striving to express things expressible to him and him only, when those things are matters of a lifetime, and not merely something to be done at intervals. However, if I can point with pride to any item in my disturbed art career other than the approval of many good artists, it is that, where recognition in the form of sales has been concerned, it has nearly always come from the choice spirits, the more advanced and cultured ones who buy from a real understanding and love of art, than from regard to name. In other words, from the very few.

Hence the struggle, still going on. I have consequently been able to paint only as consecutively as uncertainties of sales and long waits between exhibitions have permitted me to.

From 1923 to 1925 I was able to enjoy the means but not the time to work, being art director of The New Gallery, 601 Madison Ave., arranging exhibitions and selling the works of American painters of modern trend, and of such European masters as Matisse, Modigliani, Cezanne, and others of established reputations. This enabled me afterwards to spend a year and a half in Santo Domingo painting, followed by an exhibition of the result at the Frank Rehn Gallery; then a second trip to Europe in 1930.

After my return, and until 1937, my time was spent in New York rather unprofitably, artistically speaking. Then once more there was an opportunity to come to the Maine Woods which for years and years had more and more come to occupy my imagination. But this was only a short stay, while in 1939, thanks to patronage, I was assured of over two years of continuous work up here. I am at the moment about to break up and return to New York.

During all this time I have had no exhibitions, no sales, concentrating all my efforts on the work at hand.

PLAN: The continuation of my recent, purely creative work in the Penobscot River country of Maine, interpreting the way of life of the woodsman who, as lumberjack, trapper, or hunter continues today his traditional, heroic and picturesque labors, without having been tendered the homage, through the art of painting, that he humanly and historically deserves."

Carl Sprinchorn in his unsuccessful application for a Guggenheim Fellowship in 1942.

Between 1937 and the summer of 1952, Sprinchorn spent approximately half his time in the Patten/Shin Pond area where he literally lived amongst the woodsmen and the farmers who supplied their needs. It was there that he formed many deep relationships which helped inform not only his painting, but also his writing.
During this period, Sprinchorn had three major exhibitions at the MacBeth Galleries and was able to string together just enough financial resources to fragilely cling to his vision as a painter. Major success with his work largely eluded him for most of his career. Though he always exhibited with the best galleries, he was not capable of doing what it would have taken to really aim for that kind of success. He remained individual to the end; and was, like Hartley, willing to take risks in his work and to paint subject matter which was far removed from the general menu offered up by his colleagues to the art market. After his death in 1971, his estate became embroiled in a 20-year dispute between the heirs and the trustees. There was a memorial exhibition at the University of Maine in Orono in 1972 and a retrospective organized by the Sordoni Art Gallery in Wilkes-Barre, Penn., in 1984. Since then, a great deal of information has been made available to the public through the 6,000 documents in the Carl Sprinchorn Papers and the Richard Sprague Papers at the Raymond H. Fogler Library in Orono, Maine.

An updated retrospective is sorely needed to allow the art world an opportunity to evaluate his accomplishments by today's standards. Unfortunately, no such exhibition is being planned by any institution.

Sprinchorn left Maine in 1952 due to illness which plagued him for the remainder of his life. Though he continued to paint, nothing inspired him again as the Maine woods had. He is represented in a large number of public institutions, though outside of Maine it would be difficult to find his works on Museum walls. 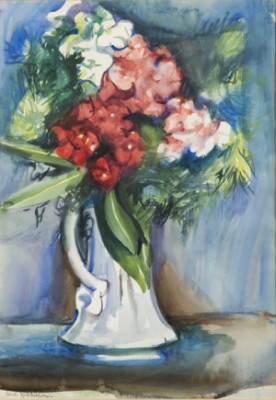 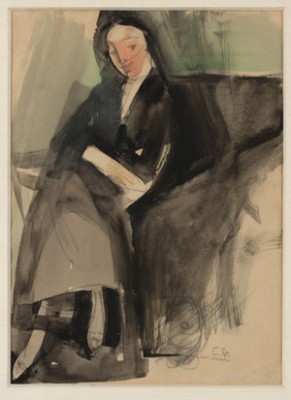 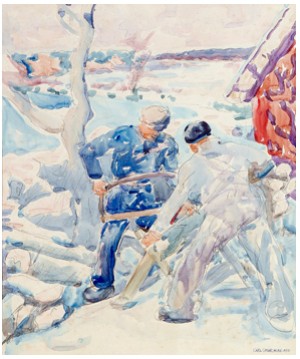 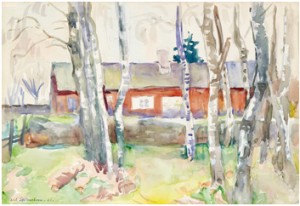 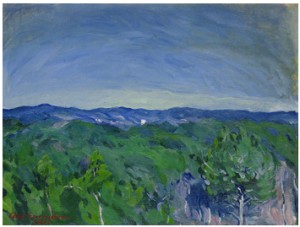