Enrico Baj was an Italian artist and art writer. Many of his works show an obsession with nuclear war. He created prints, sculptures but especially collage. He was close to the surrealist and dada movements, and was later associatied with CoBrA. As an author he has been described as a leading promoter of the avant-garde. He worked with Umberto Eco among other collaborators. He had a long interest in the pseudo-philosophy \'pataphysics.
He was born in Milan, into a wealthy family, but left Italy in 1944 having upset the authorities and to avoid conscription. He studied at the Milan University law faculty and the Brera Academy of Art.
In 1951 he founded the arte nucleare movement with Sergio Dangelo, which unlike abstract art was overtly political. Baj himself was aligned with the anarchist movement. His most well-known pieces are probably the series of \"Generals\": absurd characters made from found objects such as belts or medals.
He made numerous works using motifs from other artists, from Leonardo da Vinci to Picasso. Sometimes he recreated entire works of other painters.
In 1972 public display of a major work, \"Funeral Of The Anarchist Pinelli\" ( a reference to Carlo Carrà\'s famous painting The Funeral of the Anarchist Galli of 1911) was banned after the murder of the police officer believed to be responsible for Giuseppe Pinelli\'s death in custody. However his work continued to be political. In his last years he created a series of paintings in protest at the election of Silvio Berlusconi. He died in Vergiate, Italy. 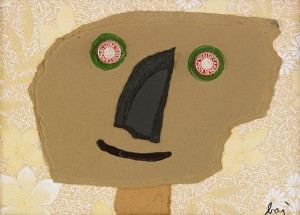 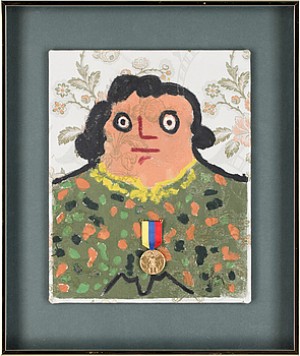 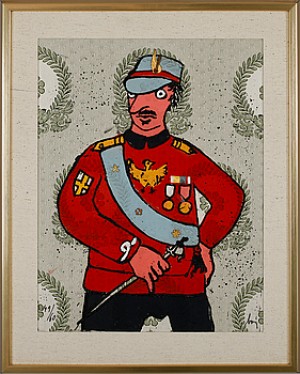 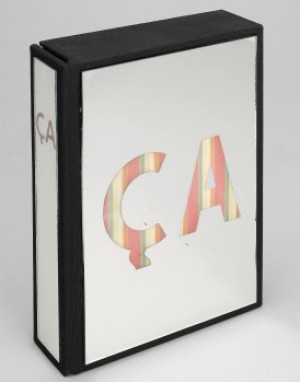 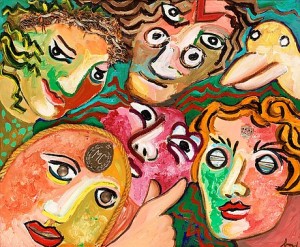 Composition With Faces And Bird 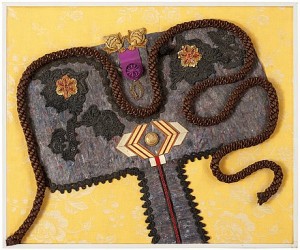 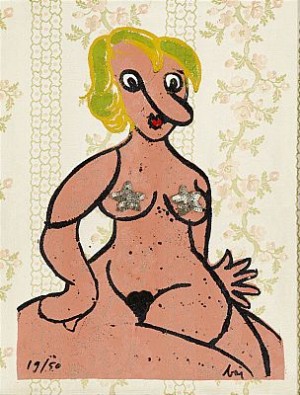 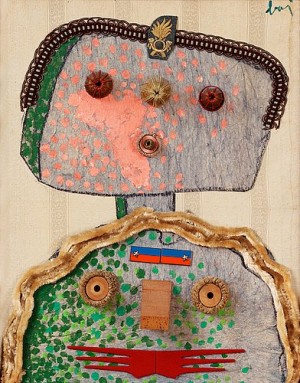 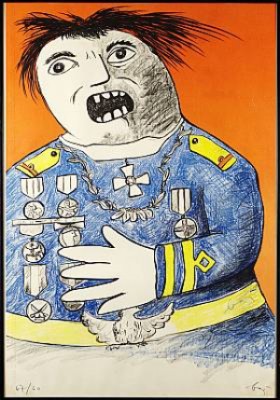 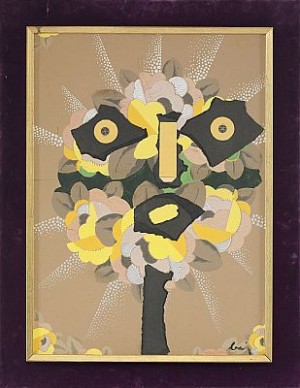 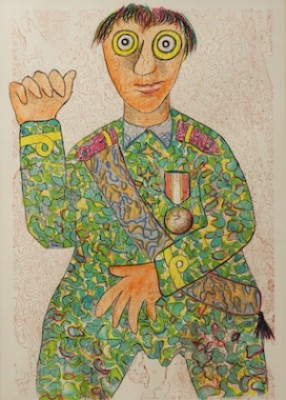 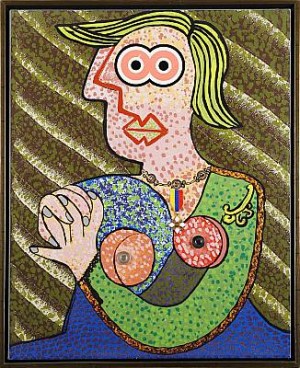 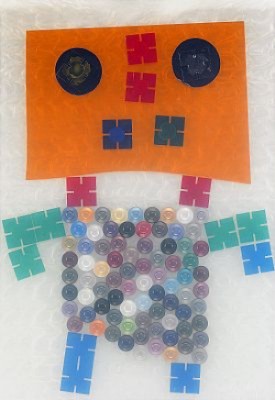 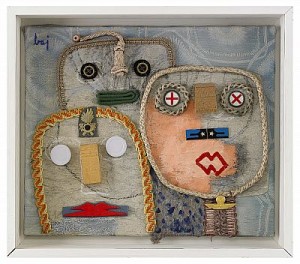 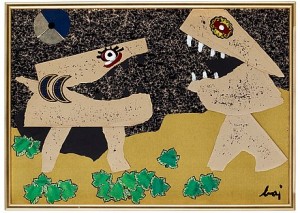 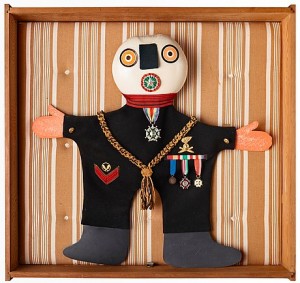 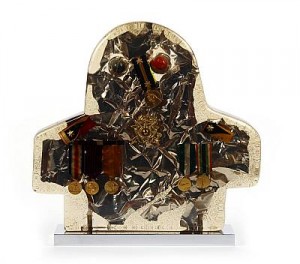 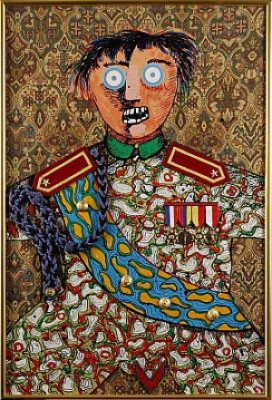 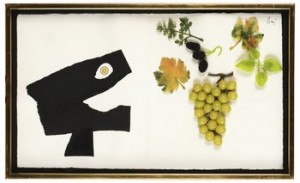 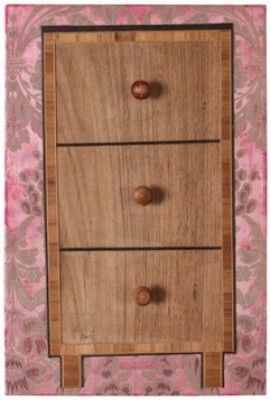 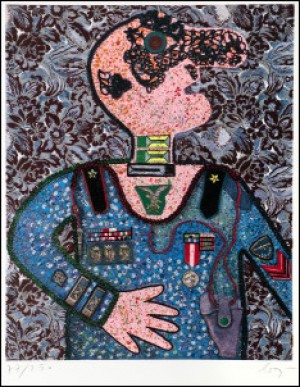 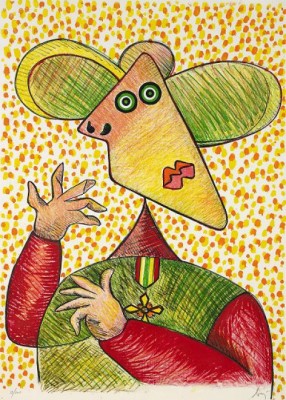 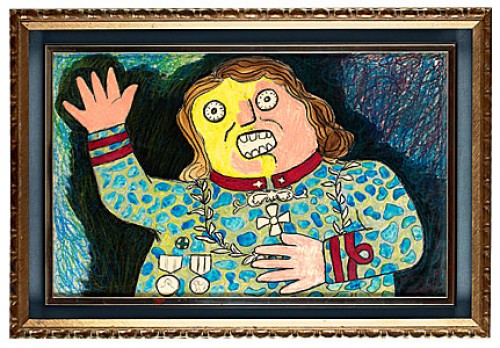 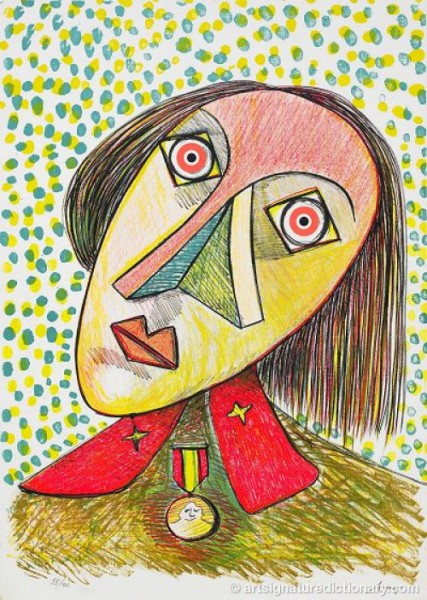