Ernest Walbourn was born in Middlesex in 1872. His father initially wanted him to become an architect, but soon relented and converted the shed at the bottom of the family’s garden into a studio for his son. After numerous exhibits at the Royal Academy, Walbourn married Eva Knight, who was to provide both help and encouragement in his career. She often assisted him in painting the backgrounds of his larger works and later became an accomplished amateur painter of garden scenes. Walbourn's work was in the classic tradition of Victorian landscape painting and earned him considerable popularity within his lifetime. He painted almost exclusively in oils and even his preparatory sketches were in this medium, such was his skill. His subjects were taken from the English countryside which he knew so well, and in particular from the Southern Counties, Wales and the West Country. 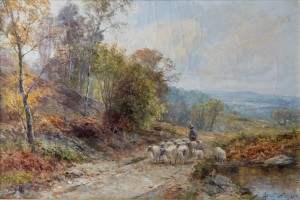 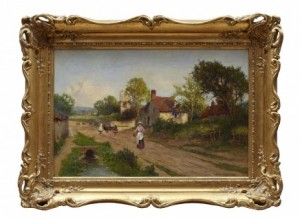 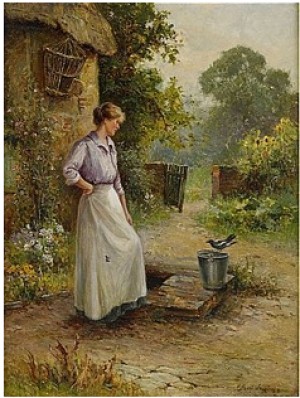 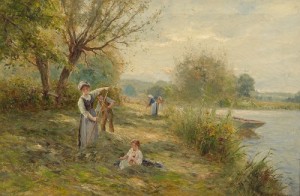 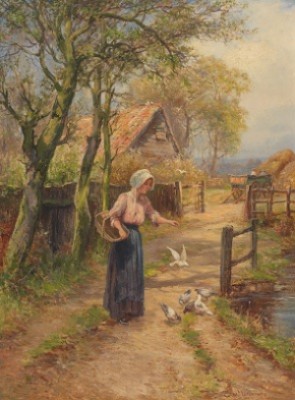 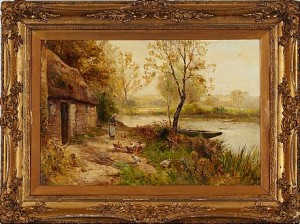 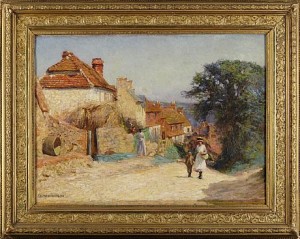 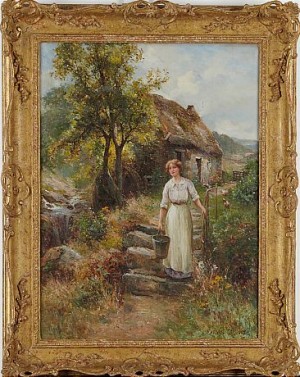 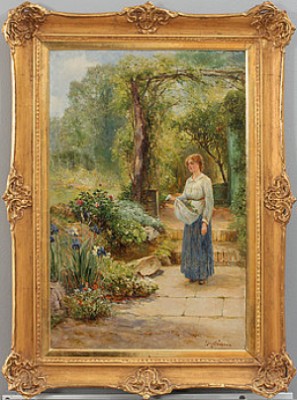 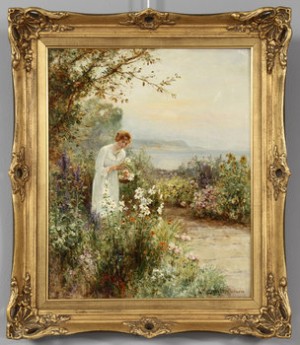 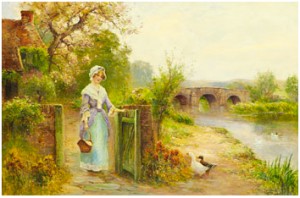