Known as a painter of both landscapes and fine marine views, Eugene Berthelon was born in Paris. As a student of the masterful French landscape artist Eugene Lavielle, he excelled in learning the classic plein air technique for painting outdoors directly from nature to best capture the elusive elements of natural phenomenon and atmosphere so easily lost in the studio.
Berthelon would exhibit his paintings regularly at the Paris salon where they were well received, winning the artist, among numerous other awards, an honorable mention in 1879 and the silver medal in 1889.
Works by Eugene Berthelon are exhibited today in museum collections of fine art throughout his native France. They are admired among connoisseurs and laymen alike for their colorful depictions of the nineteenth century french countryside and coastal areas. 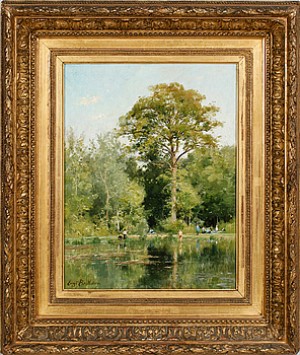 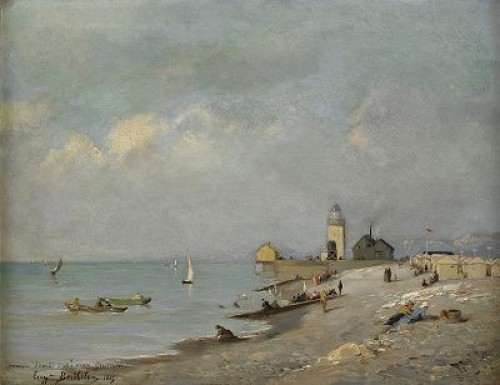