The artist was born as Friedrich Schröder 1892 in East Prussia. His childhood and youth was marked by hospitalizations to educational and mental asylums and an incapacitation. In 1919, he fled to Berlin and added Sonnenstern to his name in 1928. During a re-hospitalization in 1933 Schröder-Sonnenstern was animated to draw by the painter Hans Ralf, but pursued it intensively only since 1949. He then developed a very individual imagery, shaped by sexual subject matters initially in pencil, till 1952 in color crayon. His first solo exhibition was shown in 1961 in the Galerie Brockstedt in Hamburg, followed by exhibitions at the Kunsthalle Düsseldorf in 1967 and at the Kestner-Gesellschaft in Hannover in 1982 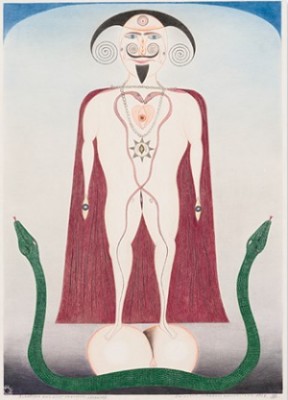 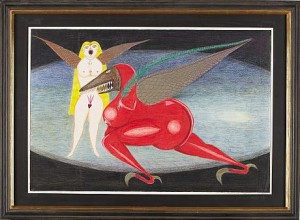 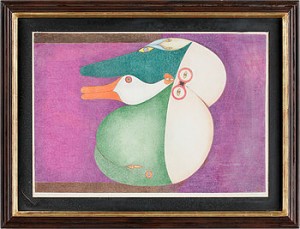 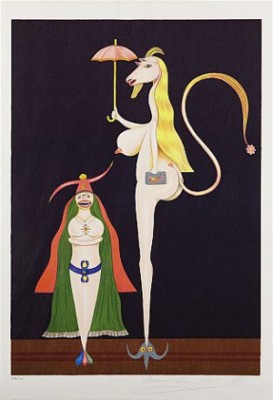 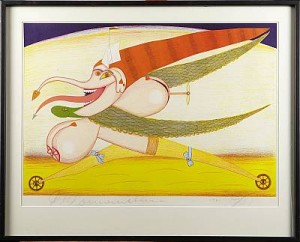