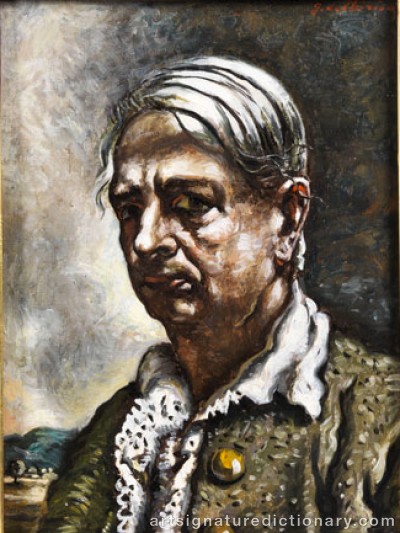 Giorgio de Chirico was born in 1888 in Volos, capital of the Greek province of Thessaly. His parents were Italian, his mother a former operetta singer and his father a civil engineer who designed railroads in the province of Thessaly. When his father died in 1905, his mother took him and his brother to Munich where he studied at the Academy of Fine Arts, where he became devoted to Nietzsche and art which disdained the real world for fantasy and dreams. He was influenced by Max Klinger and especially the Swiss-German painter Arnold Bocklin. In 1909 de Chirico moved to Florence and in 1911 to Paris. The young Italian was shortly caught up in the artistic turmoil of Paris. Through the influence of the poet-critic Apollinaire, he gained entry to the important annual art salons. He was represented in both the 1912 Salon d'Automne and the 1913 Salon des Independants; he won critical notice and began to work harder than ever. His style underwent surprising mutations. He abandoned the buxom nymphs and classical Greek style of Bocklin and showed affinities with cubism and other avant-garde currents that he was later to denounce. De Chirico was the first artist to dwell on such seemingly arbitrary confrontations of inanimate objects. His work was unrelated to any "isms" and was a defiant rejection of the rest of modern art. This was the art that spellbound the young artists who emerged a few years later as the Surrealists. Max Ernst, Rene Magritte, Yves Tanguy, Salvador Dali and Andre Masson ll discerned in de Chirico's transformation of the ordinary the chief model for their own subversion of reality by dream, memory and association. 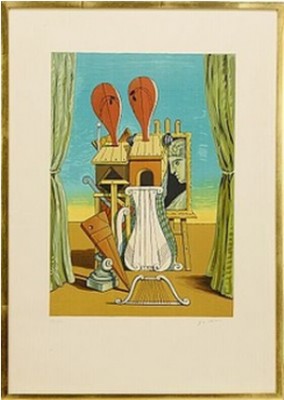 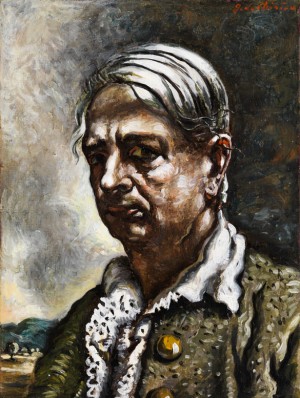 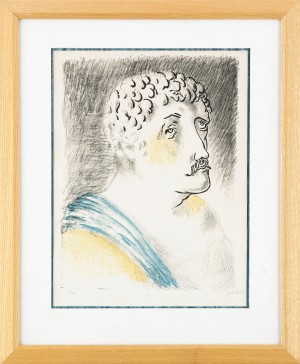 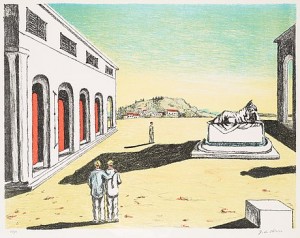 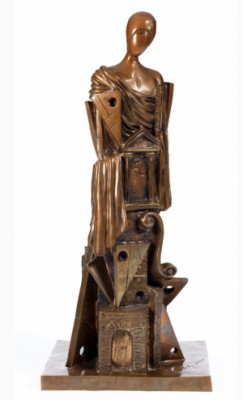 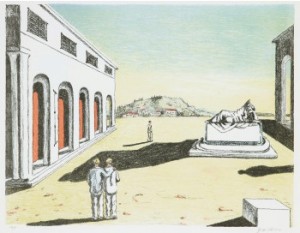 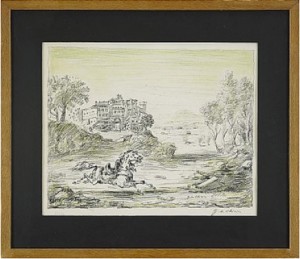 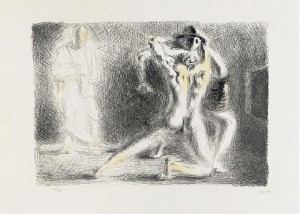 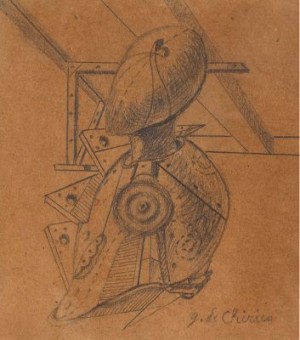 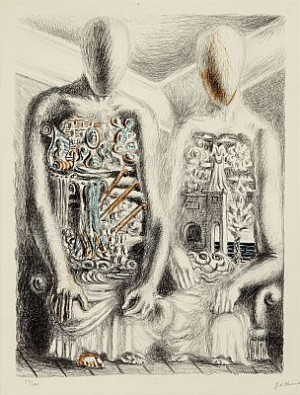 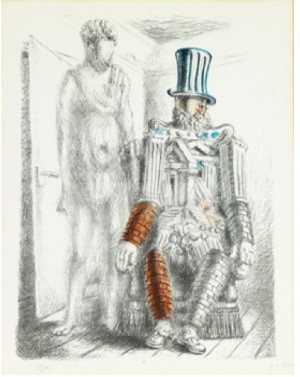 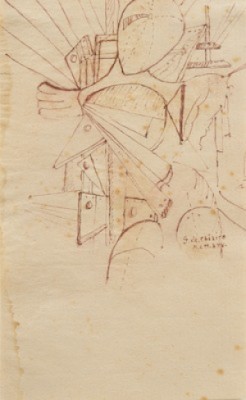 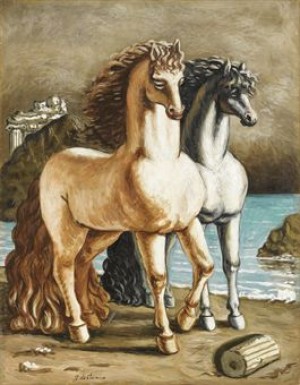 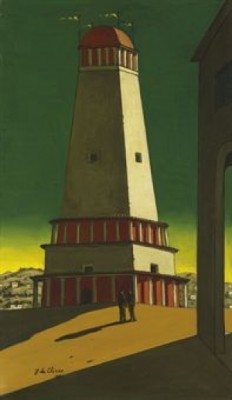 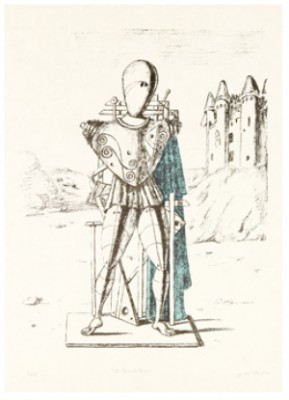 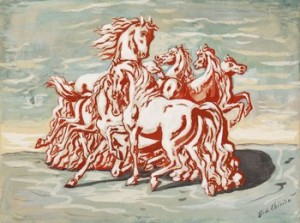 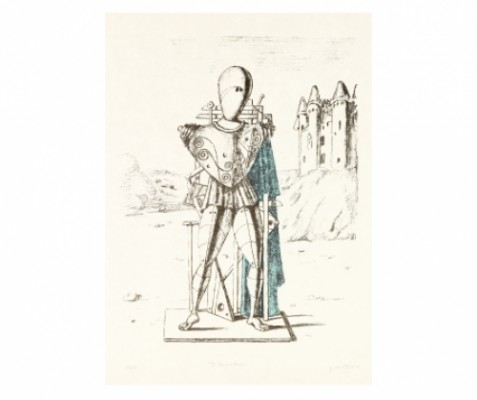 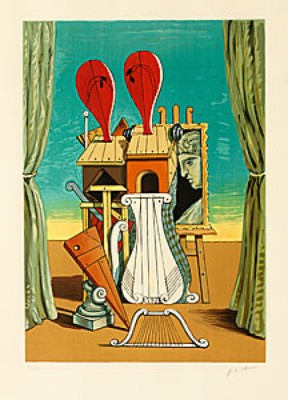 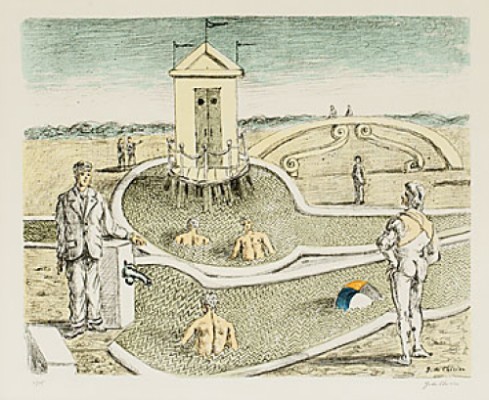