A gifted "Cleveland School" painter, Gracie Kelly was for many years the art critic and later editor for the Cleveland Plain Dealer (1926). An accomplished watercolorist who became an influential art critic, Grace Kelly was born to Irish parents in Cleveland. She began her studies at the Cleveland School of Art when she was fifteen. After graduation in 1896, she taught mechanical drawing and watercolor painting at the school until 1904 when she left to pursue a career in commercial art which lasted until 1926. In 1911, Kelly co-founded the Women’s Art Club of Cleveland. She received numerous prizes for paintings exhibited in the annual May Shows at the Cleveland Museum of Art and had three paintings accepted to the Paris Salon of 1927. Kelly initially developed a reputation for her watercolor paintings. She employed a traditional academic technique in her early years, applying transparent watercolor over forms carefully drawn in pencil. Around 1910, she began painting with Henry Keller at his summer school in Berlin Heights, Ohio. Under his influence, she explored more spontaneous application of bold color. Kelly spent summer vacations painting; first in Ireland in the late 1920s, then in San Salvador in the 1930s, and in Panama and Venezuela in the 1940s. Her paintings appeared in solo shows in Cleveland, and in group exhibitions with the Women’s Art Club and the May Shows of the Cleveland Museum of Art. Kelly exhibited at the Pennsylvania Academy of Fine Arts and the Salon d’Ecole des Beaux Arts in 1926. Her work was selected for the International Watercolor Society Exhibition in Chicago and Toledo, and in 1937 for a show at the Whitney Museum of American Art. 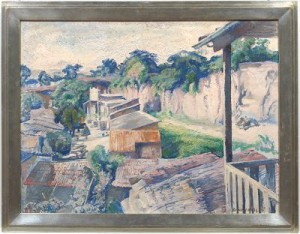 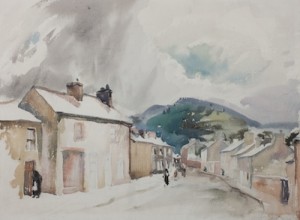 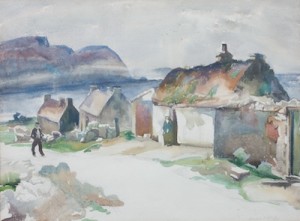 Road To The Strand (achill) 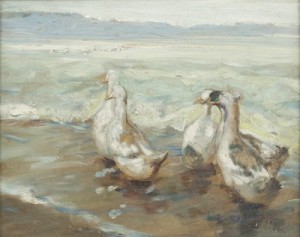 Ducks On A Beach