Born in Rennes, France, Guillaume Seignac lived from 1870-1924. His success was best found in the United States in which his work, which specializes in capturing images of women, both nude and clothed, is displayed in a variety of galleries and collections. After training at the Parisien Academy Julian, not only was his work exhibited at the Salon, but Seignac was elected as a member of the Society of French Artists and that same year was appointed an officer of the French Academy. 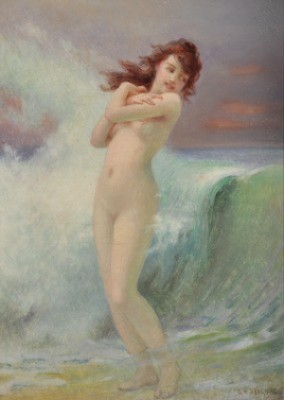