Born and trained in Stockholm, Sweden, Gunnar Widforss became a famous painter specializing in American National Park landscapes. He had art training in Sweden where he studied mural painting at the Institute of Technology from 1896 to 1900. From 1905 to 1908, he toured the United States, and returning to Sweden until 1921, had a popular audience for his work including European royalty.

In 1921, he settled for a time in San Francisco and did much painting along the coast of Monterey, and then, encouraged by Stephen Mather, who was Superintendent of the National Parks, spent the remaining years of his life as the "painter of the National Parks" including Yosemite, Yellowstone, Zion, Mesa Verde, and the Grand Canyon. He also painted in Taos, New Mexico where painters "were said to have regarded Widforss as one of America's greatest living painters" (Widforss 527)).

Of Yosemite, he did illustrations for the 1923 book, "Songs of Yosemite", and his work was reproduced in the USA on many postcards and in magazines.

He spent his last years in his studio on the rim of the Grand Canyon, where he painted in oil and watercolor and view from every aspect. Much of his output there he traded for staples, and his paintings at the Grand Canyon were sold by the Fred Harvey Company at the El Tovar art shop.

In the 1930s, he was a WPA artist in Arizona, doing eight large watercolors of the Salt River Valley and Grand Canyon, where he died suddenly in 1934 from a heart attack while standing at the Rim. He was buried nearby. 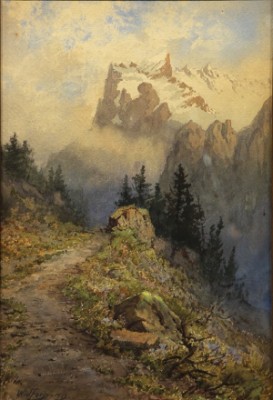 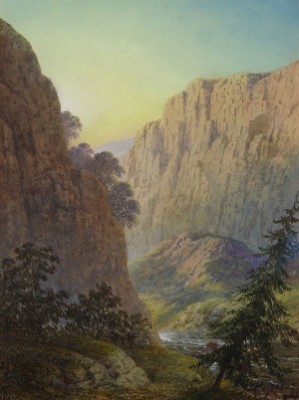 Stream Through A Mountain Pass (1922) 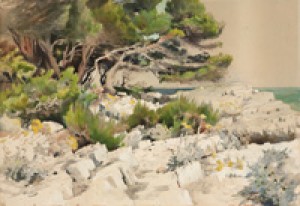 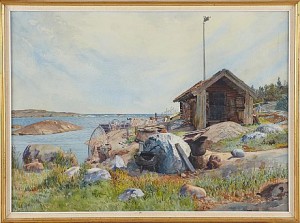 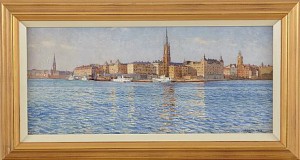 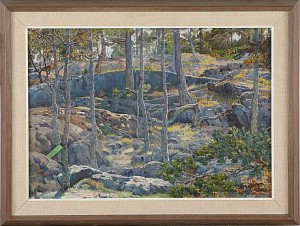 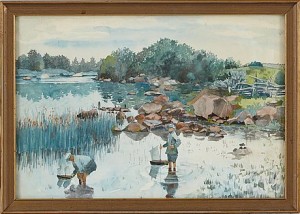 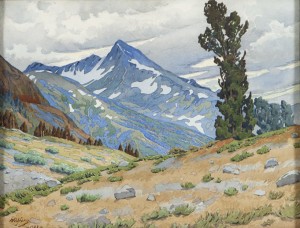 Rolling Hills In A Mountain Landscape (1922) 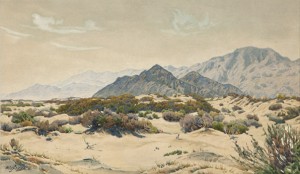 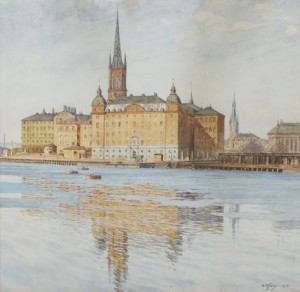 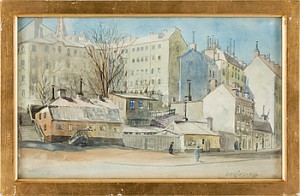 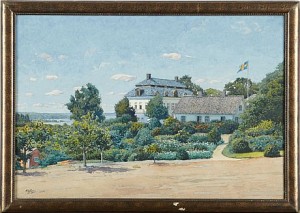 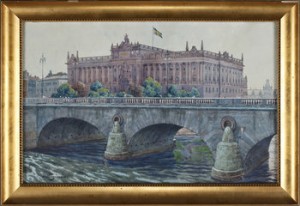 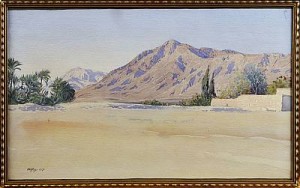 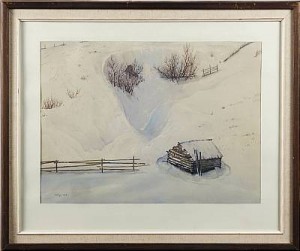 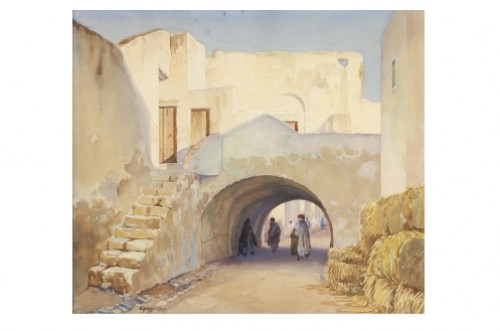