Henriëtte Ronner-Knip (1821-1909)
Henriėtte Ronner-Knip, daughter of the Dutch painter Joseph August Knip (1777-1847), was born in Amsterdam and trained by her famous father. Her early works are therefore inspired by his genre of landscape and animal painting, whereas she also processed the impressions of their longer stays in Paris in Rome. In 1838, Henriėtte Ronner-Knip already recorded her first exhibitions in The Hague, Amsterdam and Dusseldorf. After her father’s death, she married Feico Ronner (1819-1883) in 1850 and went with him to Brussels. Here, she specialized in depictions of cats and dogs in tasteful domestic environments – subjects that were of enormous appeal to the wealthy bourgeois of Brussels. Ronner-Knip exhibited widely in Brussels, Amsterdam, The Hague and abroad, mostly however in France and England. She was awarded with several prizes and her charming works of dogs and cats can be found throughout museums such as in Amsterdam, Dordrecht and Avignon. 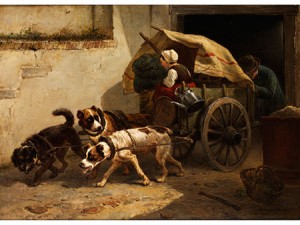 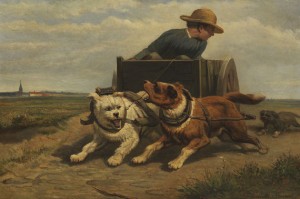 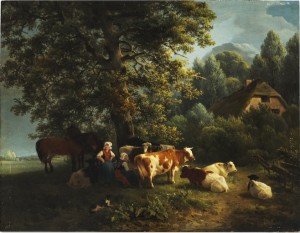 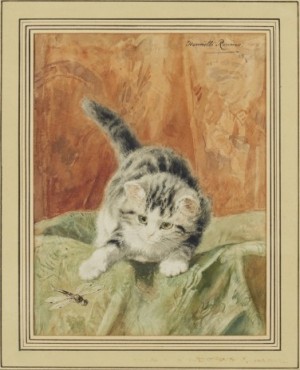 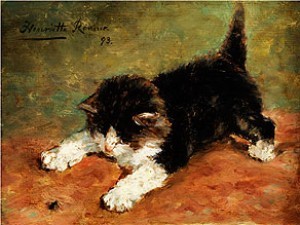