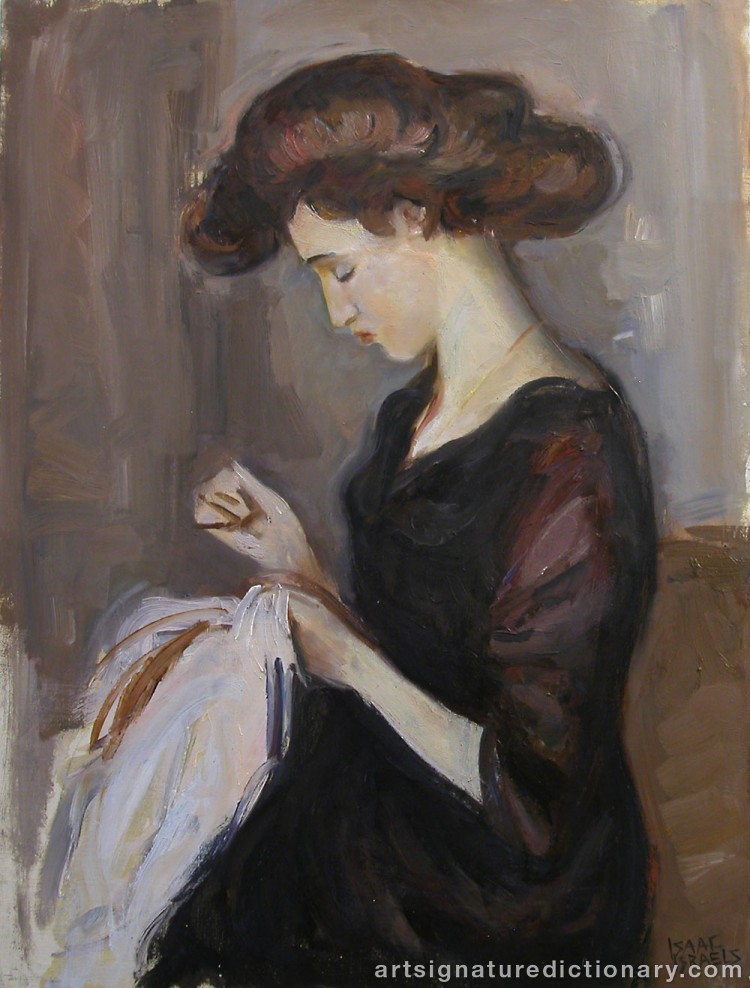 Oil on canvas, syerskan - sewing woman, signed Isaac Israel, ca. 42x30 cm. One of the few examples of the forger copied the existing motifs. The Dutch artist's original portrait of "Syerskan" (sewing woman) is done in pastelbut are here done in oil.

Dutch painter, the son of Jozef Israëls, the leader of the Hague School painters. Isaac was largely self-taught, showing precocious talent and attending the Academie in The Hague in 1878-80. His first paintings date from 1880-84 and include a self-portrait, portraits of women and military subjects such as Bugle Practice (1881; The Hague, Rijksmuseum Mesdag). They were composed in the studio in a precise style, soft grey and brown tones predominating, showing the influence of the Hague school.

In 1887 Israels moved to Amsterdam, where he was at the centre of the Tachtigers (Eighties Movement) of writers and painters. Among his friends were George Hendrik Breitner, Lodewijk van Dyssel, Frans Erens, Max Liebermann, Jan Pieter Veth and Jan Voerman. In Amsterdam, after a brief and abortive period at the Rijksacademie, he sought a more fluent technique with which to record contemporary life. His drawings and watercolours are predominantly of cafés, cabarets, dance halls and the street life of Amsterdam.

In 1889 he visited Paris, where he met Stéphane Mallarmé, Berthe Morisot, Odilon Redon and Emile Zola. In 1894 he painted Three Servant Girls (private collection), the first of his plein-air pictures. From then on he applied transparent colours (mainly pink, blues, green and light brown) to capture the fleeting effects of light in oil, watercolour and pastel. His oils were painted in flat broad strokes. For the rest of his life he employed his very personal Impressionist style, which emphasized the interplay of light, colour, line and movement. His favourite subjects were beach, street and park scenes (e.g. Dressmaker in the Jardin des Tuileries, Dordrecht, Dordrechts Museum), seamstresses in fashion houses, cabarets and circuses, fairs, ballet schools and the theatre. He also painted portraits, nudes and occasionally still-lifes. 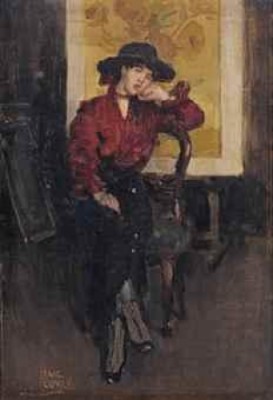 An Elegant Lady Posing Before The Sunflowers Of Vincent Van Gogh 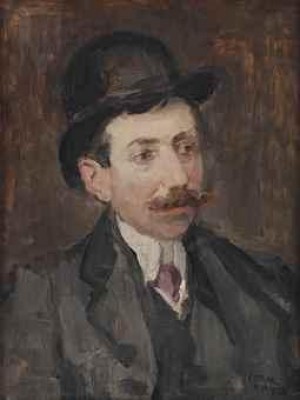 Portrait Of Mr. Hecht With A Bowler Hat 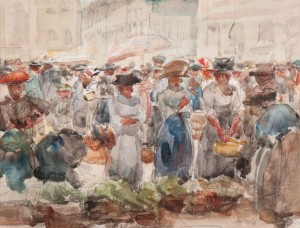 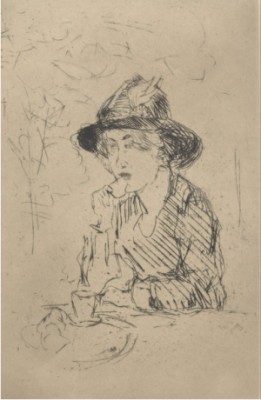 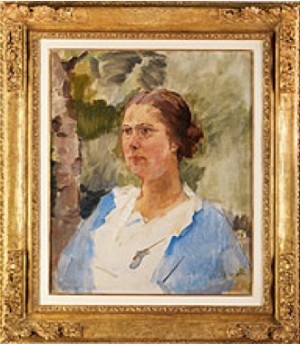