1963 Paints mural commissioned by Philip Johnson for the 1964 New York World's Fair, New York State Pavilion. Exhibits in New York in Americans 1963 at the Museum of Modern Art and in Six Painters and the Object at the Solomon R. Guggenheim Museum. Moves his studio to 429 Broome Street, New York.

1970 Exhibits an installation of painted and reflective panels with dry ice fog, Horizon Home Sweet Home (1970), and the paintings Area Code (1970) and Flamingo Capsule (1970) at the Leo Castelli Gallery.

1971 Works on the Cold Light Suite of prints at the University of South Florida's Graphicstudio in Tampa, Florida.

1972 Has retrospective exhibitions at the Wallraf-Richartz-Museums, Cologne, Germany; the Whitney Museum of American Art, New York; and the Museum of Contemporary Art, Chicago, Illinois.

1976 Builds a house and studio with the architect Gilbert Flores in Aripeka, Florida. Receives a commission from the State of Florida for two murals for the new state capitol building in Tallahassee.

1978 Receives appointment to six-year term as member of the National Council on the Arts, Washington, D.C. F-111 is exhibited at the 38th Venice Biennale, Italy.

1983 Completes a new studio in Aripeka, Florida. Exhibits Star Thief at the Center for the Fine Arts, Miami, Florida.

1987 Is nominated and inducted into the American Academy and Institute of Arts and Letters, New York.

1988 Receives the Golden Plate Award from the American Academy of Achievement, Nashville, Tennessee. Exhibits the painting Through the Eye of the Needle to the Anvil (1988), 17' x 46', at the Leo Castelli Gallery, 142 Greene St., New York.

1991 Has retrospective exhibitions at the Central Hall of Artists, Tretyakov Gallery, Moscow, U.S.S.R. and at the IVAM Centre Julio Gonzalez, Valencia, Spain.

1992 Exhibits a selection of paintings executed in the early 1960s in The Early Pictures 1961-1964 at the Gagosian Gallery, New York. Has solo exhibitions at the Galeria Weber, Alexander y Cobo, Madrid, Spain and the Galerie Thaddaeus Ropac, Paris, France.

1993 A retrospective of graphics, Time Dust, Complete Graphics: 1962-1992, travels to twelve venues in the United States. Has exhibitions of recent paintings at the Leo Castelli Gallery, New York, and the Galerie Thaddaeus Ropac, Salzburg, Austria. Exhibits a selection of the Gift Wrapped Doll series of paintings at Feigen Incorporated, Chicago, Illinois.

1994 An exhibition commemorating his 30-year association with the art dealer Leo Castelli is held at the Leo Castelli Gallery, New York, accompanied by the publication of the book The Big Paintings, Thirty Years. Has a solo exhibition at Wetterling Teo Gallery, Singapore.

1995 Has solo exhibitions at the PYO Gallery, Seoul, South Korea and the Civico Museo Revoltella, Trieste, Italy. Star Thief is acquired by the Museum Ludwig, Cologne, Germany. Flowers, Fish and Females for the Four Seasons is acquired by the Metropolitan Museum of Art, New York. Begins a series of hand-colored paper constructions.

1997 Singapore series of three large paintings is shown at the Galerie Thaddaeus Ropac, Paris, and new works are exhibited at the Wetterling Teo Gallery, Singapore.

1998 The Swimmer in the Econo-mist paintings are exhibited at the Deutsche Guggenheim Berlin, Germany. After Berlin: New Paintings exhibition is held at Feigen Contemporary, New York. Begins the Speed of Light series of paintings.

1999 Has solo exhibition entitled Meteors: New Paintings at the Baldwin Gallery, Aspen, Colorado. The Swimmer in the Econo-mist is shown at the June inaugural exhibition of the Massachusetts Museum of Contemporary Art, North Adams, Massachusetts.

2001 Has solo exhibition including the 17' x 46' painting The Stowaway Peers Out at the Speed of Light (2000) and other Speed of Light paintings at the Gagosian Gallery, New York. Included in Les Années Pop: 1956-1968 at the Musée National d’Art Moderne, Centre Georges Pompidou, Paris.

2002 Designs and donates a large, wall-mounted sculpture to All Children’s Hospital in St. Petersburg, Florida. Receives an award from the Fundaćion Cristóbal Gabarrón in Valladolid, Spain in recognition of his contributions to universal culture.

2006 Exhibits Celebrating the Fiftieth Anniversary of the Signing of the Universal Declaration of Human Rights by Eleanor Roosevelt at Art Unlimited/Art Basel in Basel Switzerland. Also exhibits at the Miami Art Museum, Miami.


2006-7 Has a major survey exhibition, James Rosenquist at the Haunch of Venison gallery in London.

2007 Exhibits James Rosenquist: The Speed of Light and Beyond at the Silvermine Guild Arts Center in New Canaan, Connecticut. Exhibits new work at Acquavella Galleries, James Rosenquist: Time Blades. Joins the board of The American Friends of the Tel Aviv Museum of Art.

2012 Exhibits James Rosenquist: Multiverse You Are, I Am at Acquavella Galleries in New York. F-111 is put on view in a new installation at the Museum of Modern Art in the Werner and Elain Dannheisser Gallery, Fourth Floor. 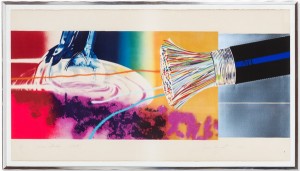 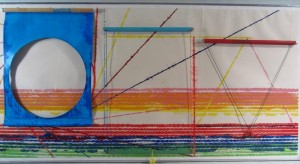 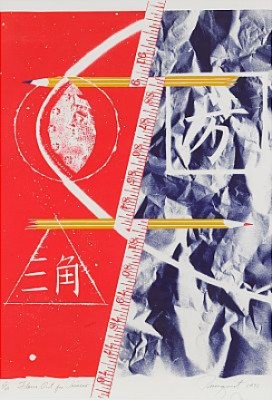 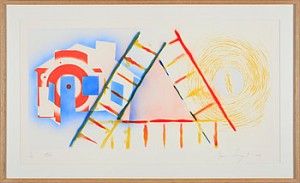 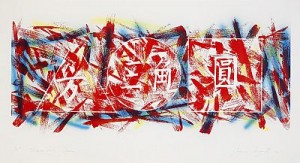 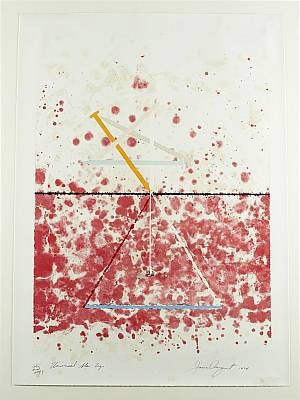 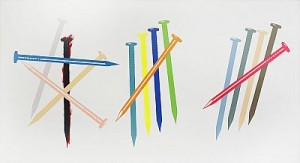 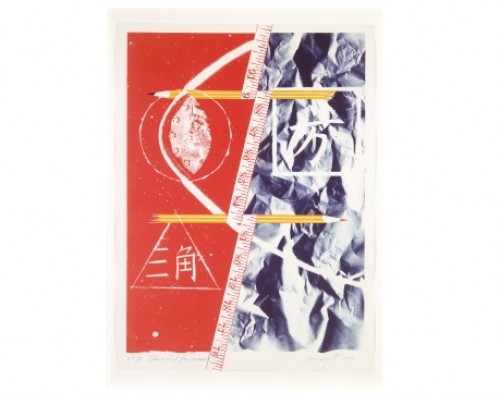