Jan Wildens was a Flemish Baroque painter and draughtsman specializing in landscapes.
Jan Wildens entered Antwerp\'s guild of St. Luke in 1604 as a master. He departed for Italy in 1613, and the following year he published a series of twelve engravings based on the seasons of the year. In Rome he was influenced by the works of Paul Bril. Upon returning to Antwerp around 1616, Wildens became a frequent collaborator with Peter Paul Rubens[1]. Later in his career he painted landscapes for many other Antwerp painters such as Jacob Jordaens, Frans Snyders and Cornelis Schut. 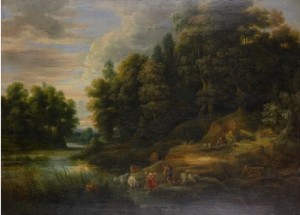 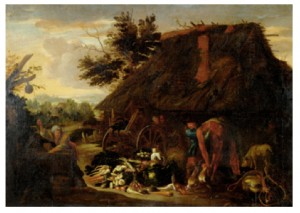