Swiss sculptor. He began experimenting with mechanical sculptures in the late 1930s, hanging objects from the ceiling and using a motor to make them rotate. After World War II he began painting in a Surrealist manner, but he soon abandoned painting to concentrate on sculpture.

In 1960 Tinguely\\\'s friendship with Arman, César, Raymond Hains, Yves Klein and other artists, and the art critic Pierre Restany (b 1930), led to the founding of Nouveau Réalisme, which aimed at a reassessment of artistic form and material.

In the mid 1960s Tinguely produced his first monumental works for an urban setting. Welded together from scrap metal, they seem like monuments to the decline of the 19th-century cult of steam. In 1970, to celebrate the tenth anniversary of the founding of Nouveau Réalisme, he built a gigantic phallus (h. 8 m), which he exploded outside Milan Cathedral.

In the 1970s Tinguely began designing a number of fountains, but in the late 1970s his work took a new direction. In gigantic reliefs, links with traditional image-forms appear.

Tinguely owed much of his great popularity to the wit, charm, irony and sincerity of his objects. Sometimes the working of the parts and thus of the machines was quite unpredictable, resulting in a bewildering abundance of processes. They are like caricatures of the utilitarian, mechanical world, embodying Tinguely\\\'s critical posture towards technological optimism and his divergence from the Italian Futurists\\\' belief that movement imbued with technology represented the most important objective of modern art. 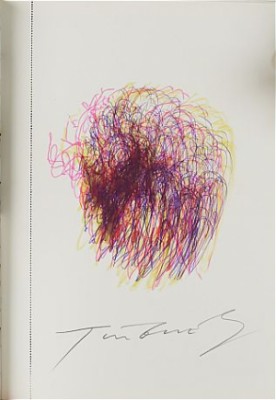 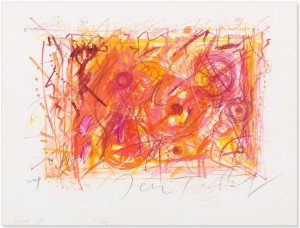 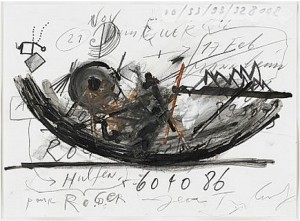 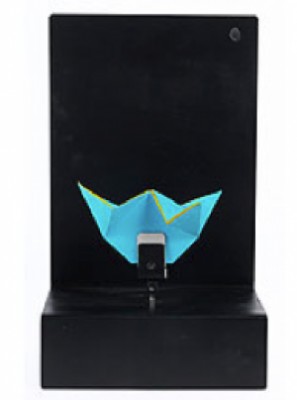 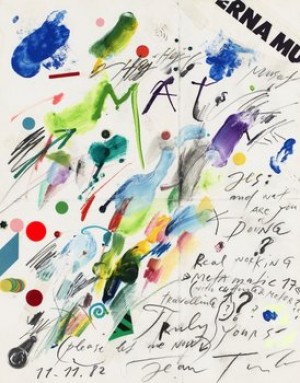 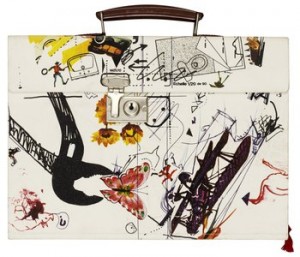 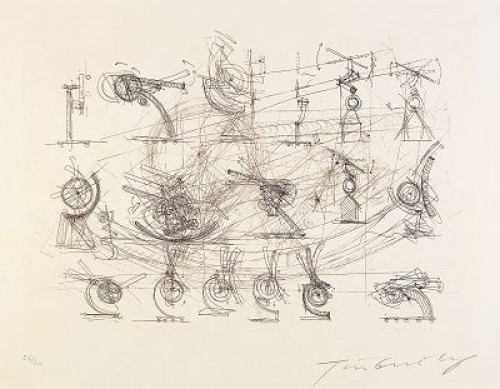 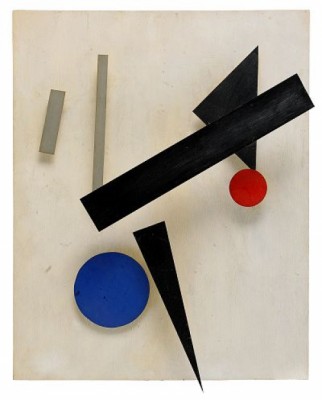 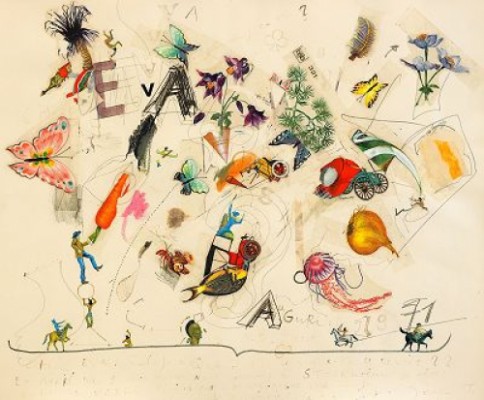 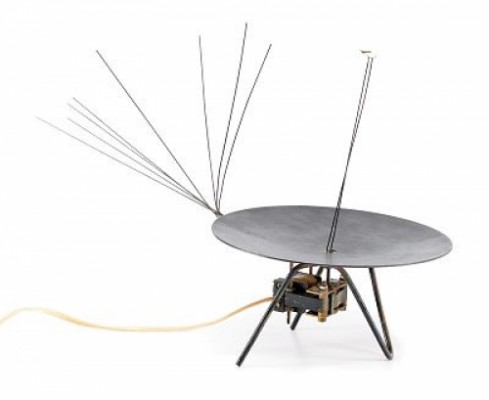