Herring was born in Surrey on 12 August, 1795, the son of a London merchant of Dutch heritage who was born in America. His great interests as a child were drawing and horses. In 1814 he moved to Doncaster, where he saw the Duke of Hamilton's William win the St. Leger, a spectacle which so inspired him that he went home and attempted to paint the winner from memory.

In Doncaster he started out as an assistant to a painter of coach insignia and inn signs, and was soon employed as a coach driver. In his spare time he began painting portraits of horses for inn parlors, where his skills were quickly recognized by local owners of hunting and racing horses, who offered commissions and enabled him thereby to start working full time at his painting. In 1830 he moved to Newmarket, where he is thought to have been taught by Abraham Cooper. After three years there, he returned to London.

Herring was enormously successful in his lifetime, and ranks with Sir Edwin Landseer as one of the greatest animal painters of the mid-nineteenth century. He was extremely prolific, painting numerous examples of such subjects as hunting, coaching, racing, shooting and farmyard scenes. He painted eighteen Derby winners and thirty-three successive winners of the St. Leger. His paintings were tremendously popular, with many being engraved both in color and black and white for sale to his many patrons. He exhibited at the Royal Academy from 1818, as well as at the British Institution and the Royal Society of British Artists. In 1840 and 1841 he was in Paris at the invitation of the Duc d'Orleans, for whom he painted several pictures. In 1845 he was appointed Animal Painter to HRH the Duchess of Kent; soon afterwards he received a commission from Queen Victoria, who remained his patron for the rest of his life. Earlier in the century he had painted for Kings George IV and William IV. His works hang in the Tate Gallery, the Victoria and Albert Museum, the Fitzwilliam Museum in Cambridge, the National Gallery of Ireland in Dublin, the National Gallery of Australia in Melbourne and in many well-known English and American collections.

Herring moved to Meopham, his country estate in Kent, in 1853, remaining there for the rest of his life. Three of his eight children, his sons John Frederick Jr. (1820 - 1907), Charles (1828 - 1856) and Benjamin (1830 - 1871), were also painters; of the three Charles, who died of scarlet fever at the age of 28, is held to have had the greatest talent while John Frederick, Jr., the longest lived of any of the Herrings and who for much of his career painted in the same manner as his father and signed his work in the same way, had the greatest success. 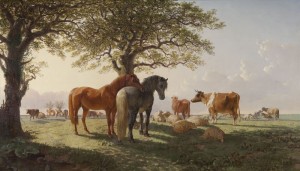 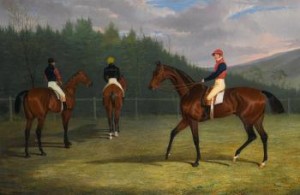 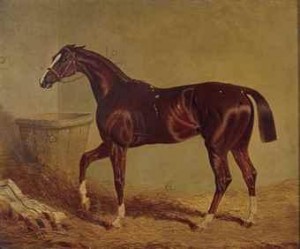 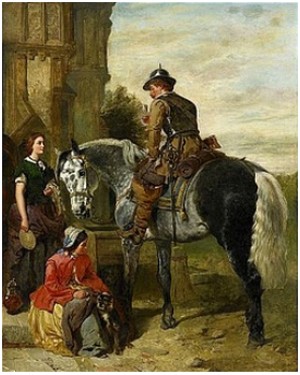 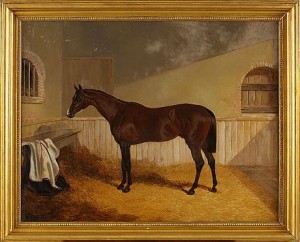 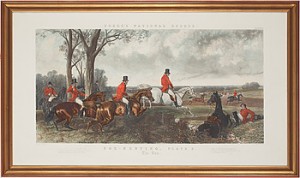 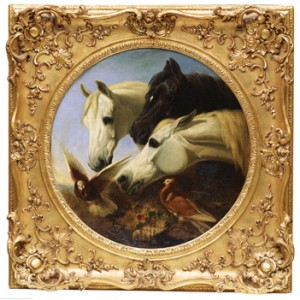 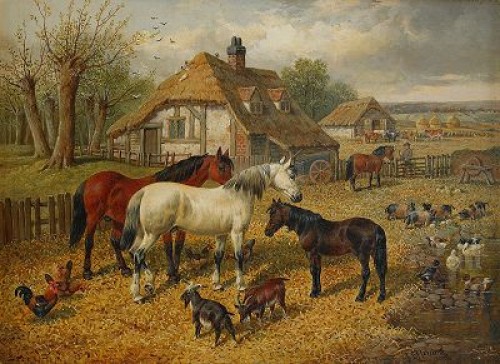