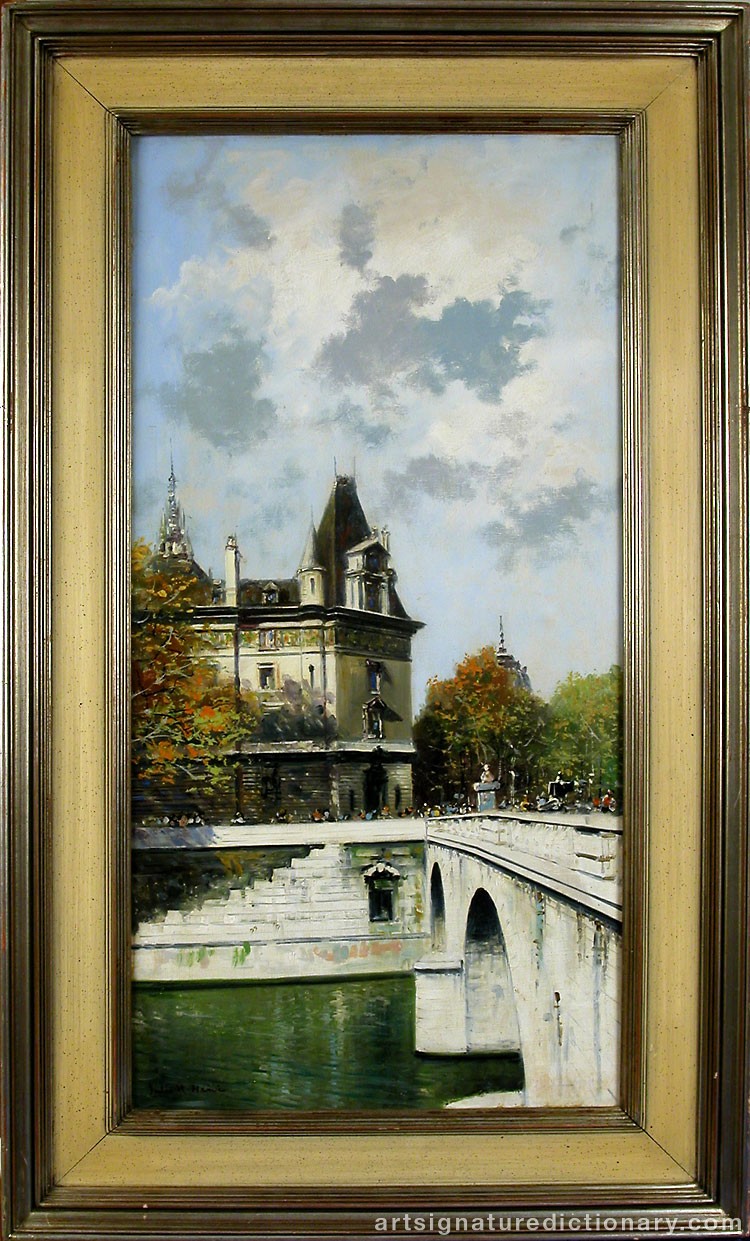 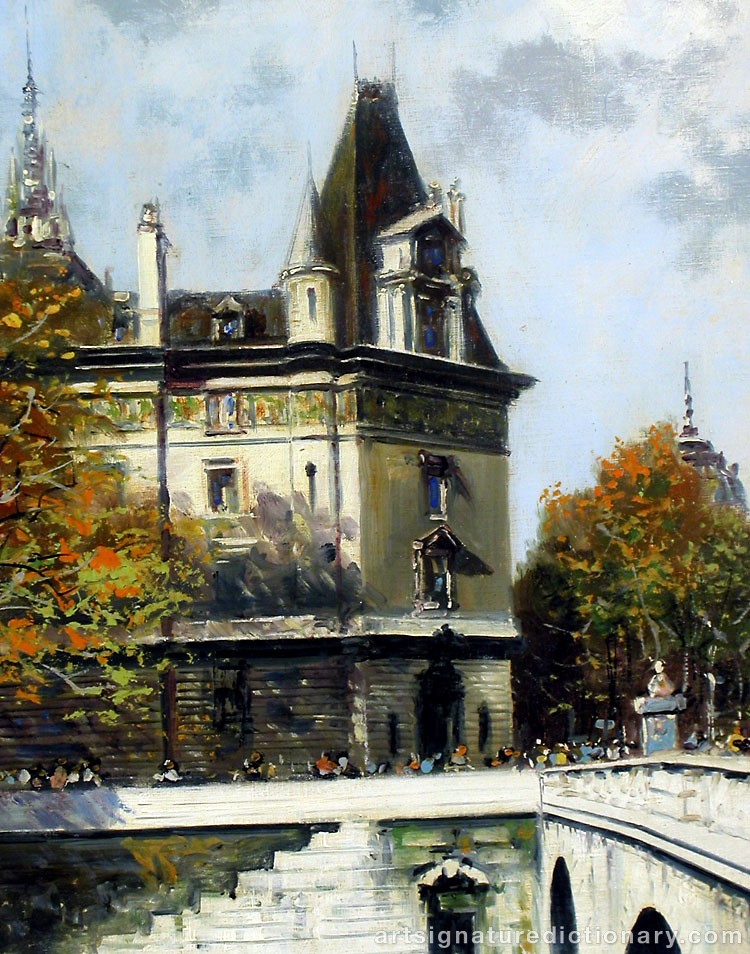 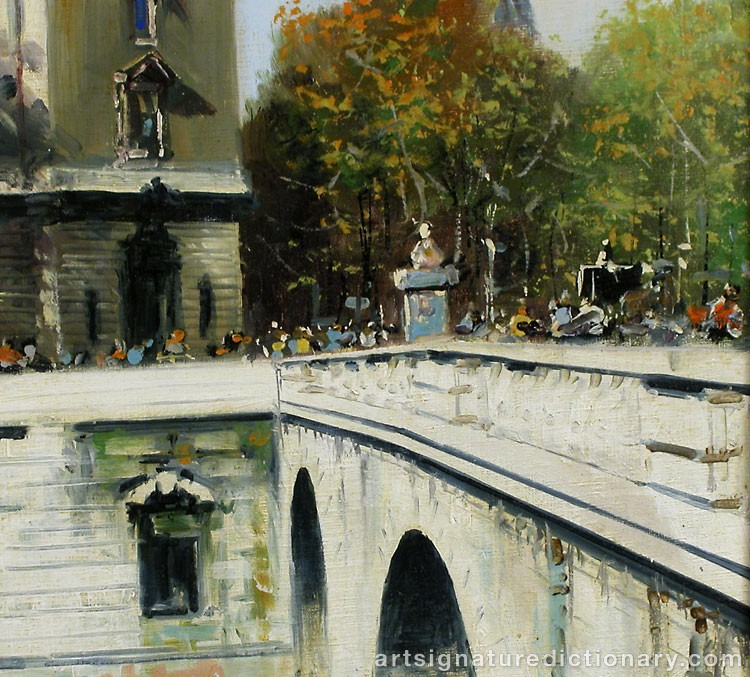 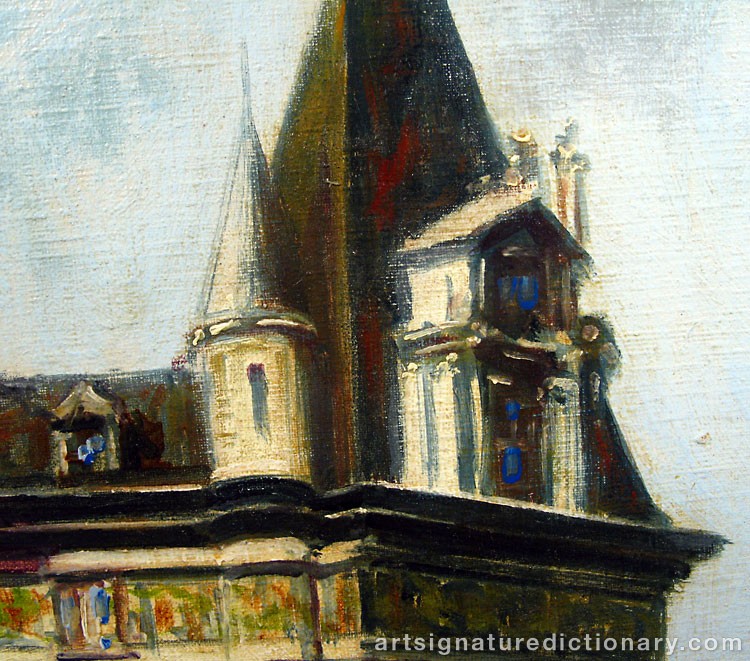 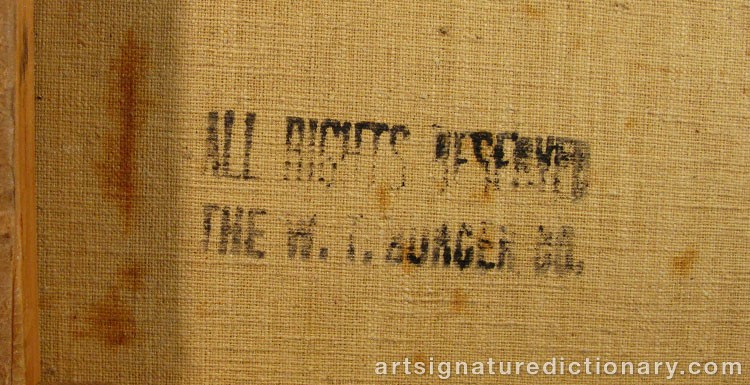 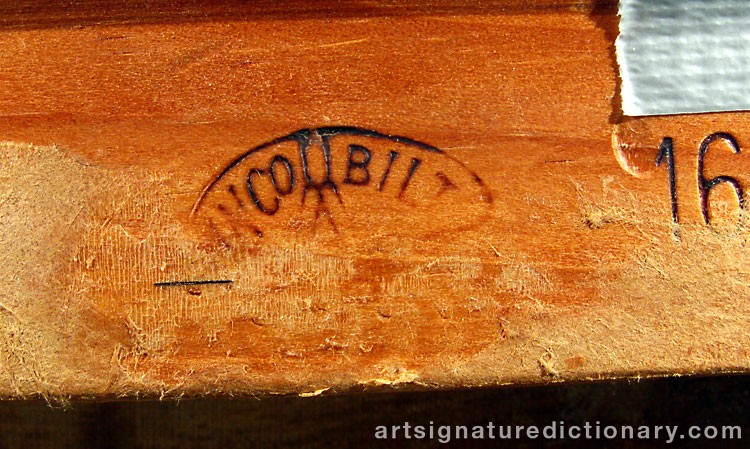 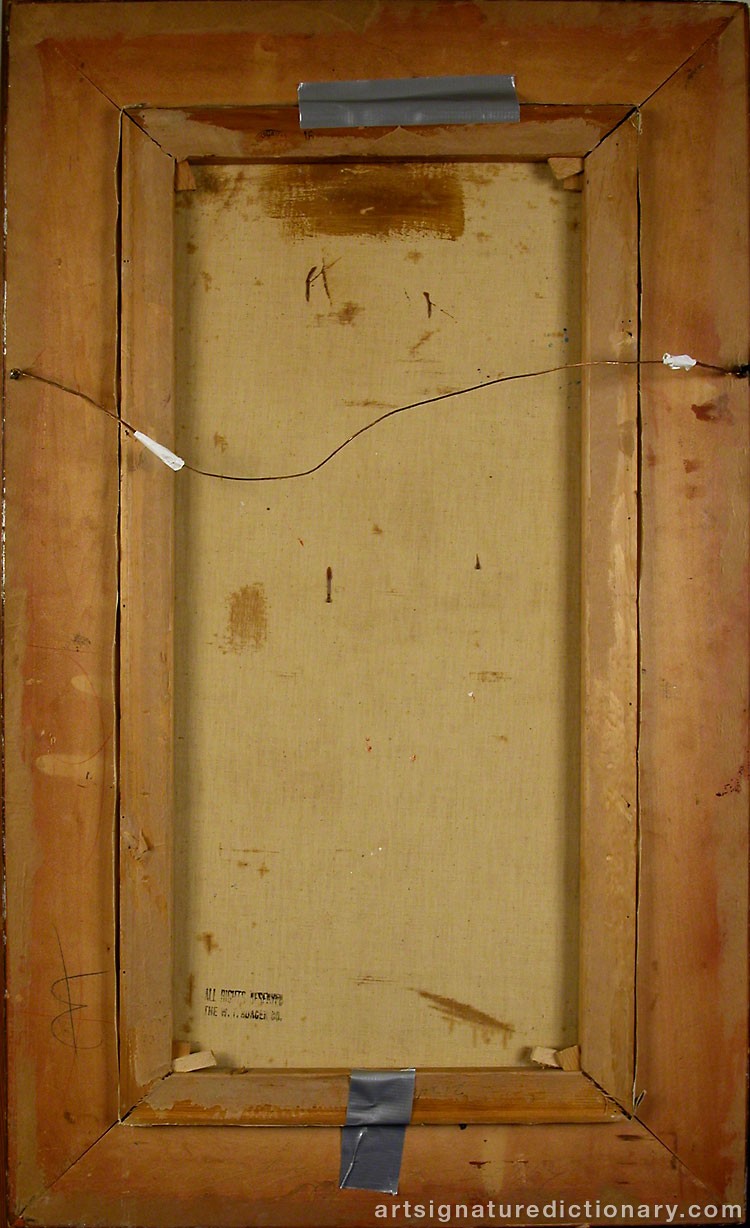 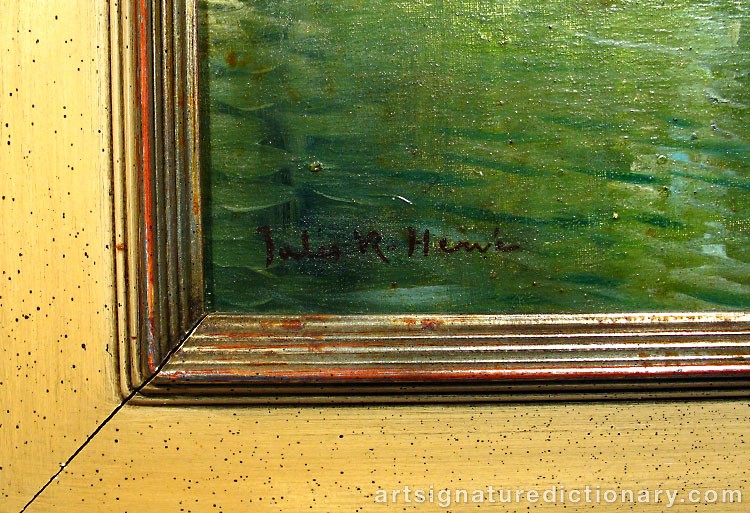 Oil on canvas, 80x40 cm, signed, motives "Le Pont, Paris' ostensibly picturing an authentic painting by the French artist" Jules René Hervé ". The painting was for sale in a small auction house, via the internet. It was sold for 8.000 SEK (ca. 8.000 EUR), but the buyer did not complete the purchase. Shortly thereafter, the painting was sold for 19.618 SEK (ca. 1.962 EUR). via the Internet by another major auction houses. The buyer suspected that the painting was a forgery and contacted a major foreign auction house that he collaborated with. They respond that the painting is probably not authentic. The purchase went back and police engaged. The painting was examined by experts who concluded that it had been tampered with. A previous signature had been removed and that it has a new varnish in some places. The seller stated during questioning that he had bought the painting for 2.000 SEK (ca. 200 EUR). That it was painted in a style that he thought consistent with Hervé's paintings. That he had removed the existing signature and instead had forged Jules Rene Herve's signature to raise the painting value and thus make more money. The seller had a time bought and sold art. When this did not yield the expected revenue, it became all too tempting to instead forge art. Court: The painting Le Pont, Paris is not painted or signed by Jules Rene Herve. It is a forgery and shall be forfeited.

Jules René Hervé, an impressionist for our time, was the type of artist who worked mainly on his own, indifferent to the fashion and trends of the day. He never ceased to deepen the technical secrets of his art; and after fifty years of artistic experience, he arrived at complete mastery of the science of this art which absorbed him. Born in 1887 in Langres, a town in the eastern part of France, he began his art studies at an evening school in his hometown. As far back as he could remember, Herve always wanted to become an artist and thus to be able to express through color, the beauty of everything he saw.

Hervé went to Paris where he first continued his studies at the L'Ecole nationale supérieure des Arts Décoratifs and then at the École des Beaux-Arts. His work was given great recognition as early as 1914 when, at the age of twenty seven, he was awarded the Medaille d'Argent at the Salon des Artistes Francais, where he exhibited regularly. Numerous awards, honors and distinctions followed throughout his life, as he continued to show his paintings in the various Paris Salons. Obtaining his teaching diploma, he taught painting to many generations of young artists from 1911 to 1943. Jules' palette was always distinctive with its shimmering colors, applied in small light touches, reminiscent of the great Impressionists. With his sophisticated coloration and light touch, Hervés images, were critically acclaimed as the “jewels” of the Salon of French Artists in 1940.

Jules René Hervé was both a painter of daily country themes in which there are characters at their daily tasks, and a painter of Parisian scenes. He interpreted his scenes with sensibility, putting all his heart into his work. All his artistic sensitivity was achieved by incredible strokes of light and color.

Paris as seen by Hervé is a city of poetry. The City of Lights under its most touching aspects, and at its most charming. It is the real part of Paris, with its sentimental life and feelings, its special character, that inspired Hervé to paint.

Not only was Hervé a painter of great talent, he represented the purest tradition of French art. He painted like the great impressionists of former times, playing with his colors as a musician does with his musical instruments. He obtained in each of his works a harmony of color and light. Jules René Hervé, thankfully, left us a huge legacy of work. 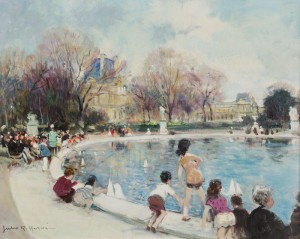 Boats On The Pond 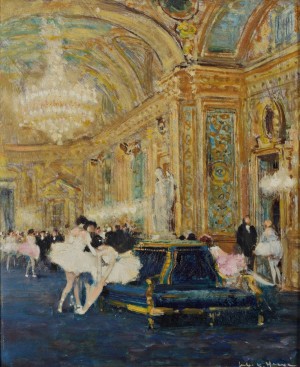 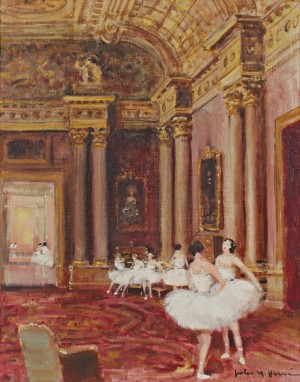 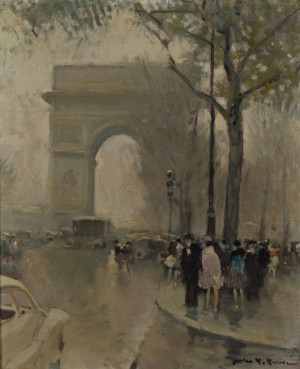 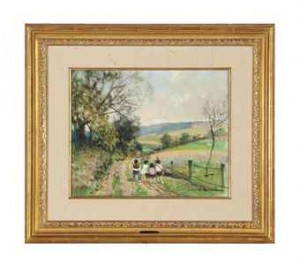 Children Walking Down A Country Path 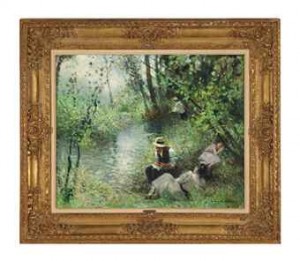 A Leisurely Day Beside The Stream 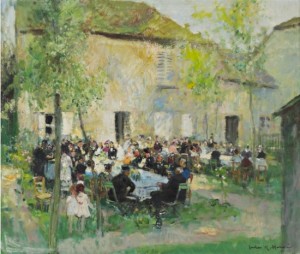 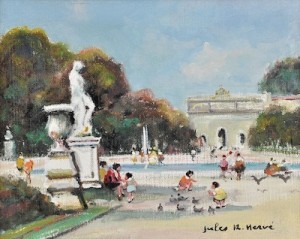 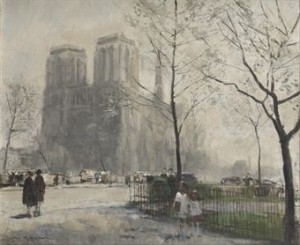