Käthe Schmidt Kollwitz was a German artist best known for her drawings and prints, which offer a compassionate and often unsettling account of the human condition. A master of etching, lithography and woodcut, she chronicled in her work the lives of working people in the face of hunger, poverty and war. Kollwitz was born in Konigsberg, Prussia (now Kaliningrad, Russia). She studied at an art school for women in Berlin, where she was inspired by the etchings of Max Klinger. In 1891 she married Karl Kollwitz, a doctor who treated the poor in Berlin. His practice furnished further inspiration in the way of subject matter. Kollwitz was drawn to “the representation of proletarian life.” She explained, “What mattered was simply that I found it beautiful.” Her first major cycle of works was The Weavers, a series of lithographs and etchings based on the oppression of Silesian weavers and their failed revolt in the 19th century. Next Kollwitz produced the Peasant War, a series of etchings based on a violent German revolution in the 1500s in which peasants took up arms against feudal lords and the church. Influenced by an exhibition of Expressionist art, after 1910 Kollwitz worked in a less naturalistic manner. In 1920 she became the first woman to be elected a member of the Prussian Academy of Arts, an honor which included an income, studio and full professorship. During the 1920s she worked on The Grieving Parents, a statue completed in 1932 memorializing her son Peter, who had died in World War I; she also created the War cycle in woodcut and produced a number of posters dramatizing hunger and the effects of war. In 1933 the Nazi regime forced her to leave her faculty position. Her work was subsequently removed from German museums, and she was banned from exhibiting. In the mid-1930s she produced her last major lithographic series, Death. In 1936 she and her husband were threatened with deportation to a concentration camp, but her international renown was such that no further action was taken. Fearing reprisals against her family, she refused offers to house her in the United States. Kollwitz left Berlin in 1943 and died in Moritzburg, a town near Dresden, in 1945. Kollwitz created 275 prints and at least 50 self-portraits. 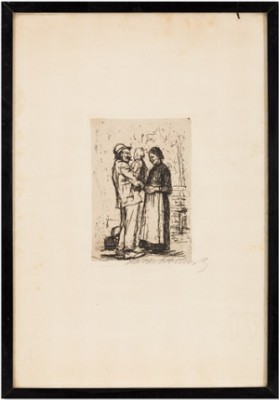 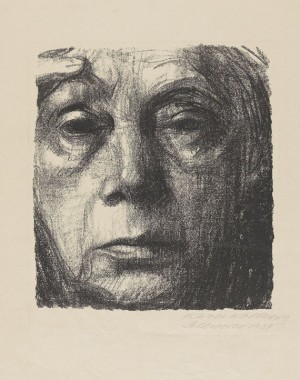 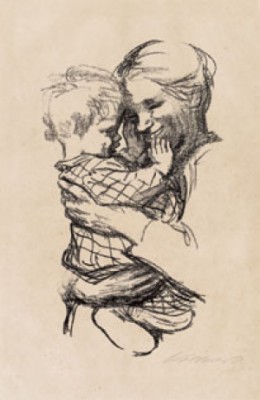 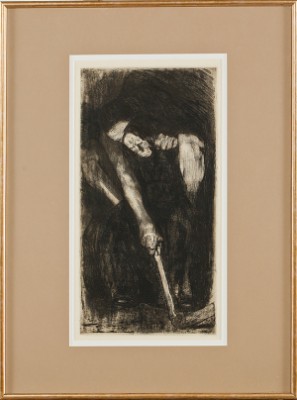 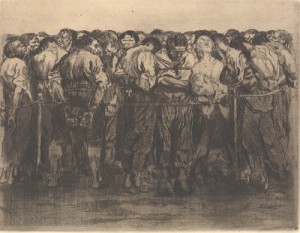 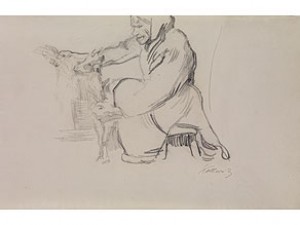 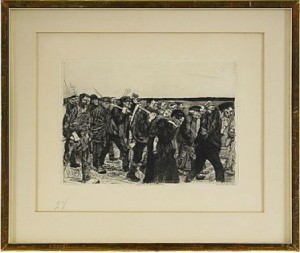 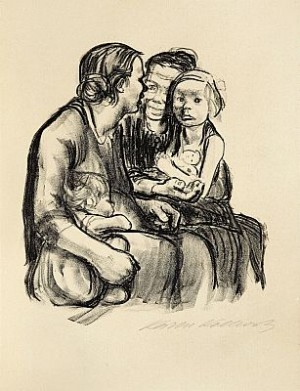 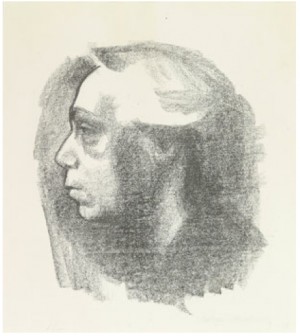