Manolo Valdés is one of few artists today who has successfully mastered the disciplines of drawing, painting, sculpture and printmaking. In each medium he shows himself to be technically skilled, highly original, and unceasingly provocative. He began his training as a painter at the age of 15 when he entered the Fine Arts Academy of San Carlos, Valencia. In 1964 Valdés, Rafael Solbes, and Joan Toledo collaborated to form Equipo Crónica, an artistic team that utilized Pop Art to question the Spanish dictatorship of Francisco Franco and the history of art itself. After the group dissolved in 1981, Valdés reinvented himself. He drew heavily upon Spanish artistic heritage, particularly the work of Velázquez and the informalismo of his immediate predecessors Manolo Millares, Antonio Saura, and Antoni Tàpies. Today Valdés lives and works in New York and Madrid. 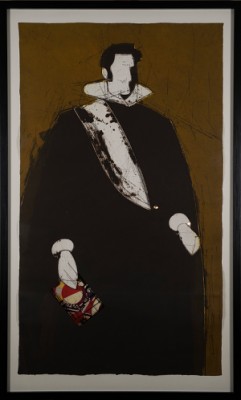 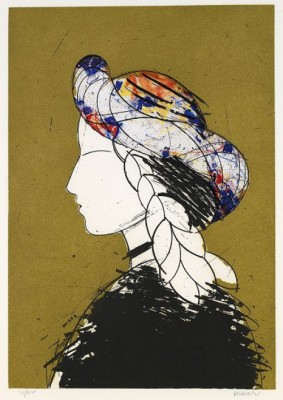