Nikolai Samokish was born in 1860 and lived and worked in Petersburg, Kharkov and Simferopol. He studied at the Imperial Academy in the battle painters\\\' class taught by Bogdan Villevalde. From 1886, Samokish worked in various studios in Paris and studied battle painting firsthand by working alongside the army. Between 1912 and 1917, he taught the battle painting class at the Academy and served as a war artist on the front. Samokish worked at the Kharkov Art Institute from 1936 to 1941 and in 1941 won the National Prize of the USSR. 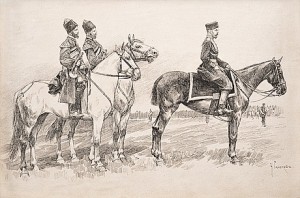 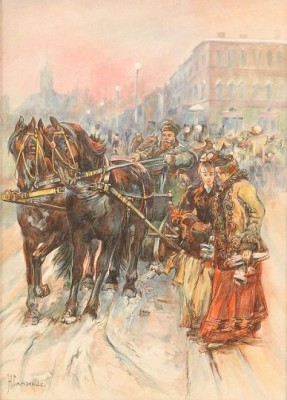 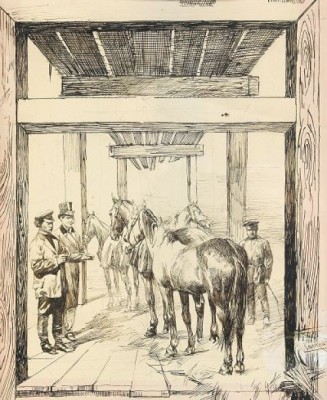