Delabrierre, an animalier, studied painting with Delestre but made the decision to emphasize sculpture early in his career. He worked mostly in bronze, but also in terra cotta and plaster. In 1848, he made his debut at the Salon with Terrier Holding a Hare and Wounded Deer and until 1882 continued to exhibit a wide array of animal studies, including, zoological specimens, working animals dogs and large game animals, at the Salon He is known for his hunting scenes and animal subjects, and in 1857, Delabrierre executed one of his best known sculpture groups, L'Equitation (The Art of Riding), for the facade of the Louvre. Also, included in the Museum of Amiens collection are Indian Panther and Heron, and other examples of his work include, Stags Fighting, Family of Dogs, Lion and Crocodile, Rider Attacked by a Tiger, Fox and Wild Duck, Arabs Hunting with Birds, and Picador. 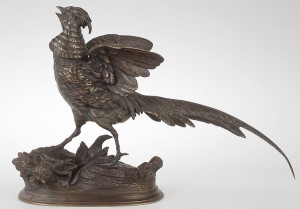 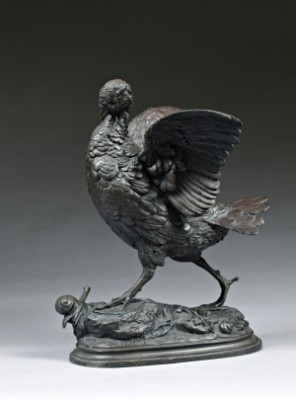 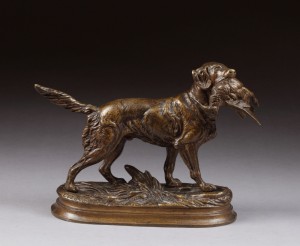 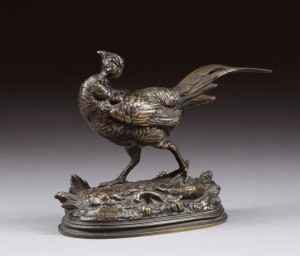 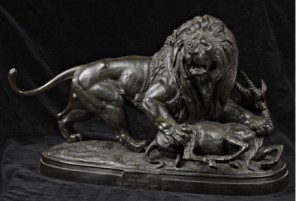 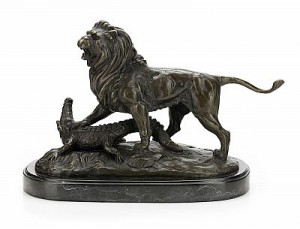