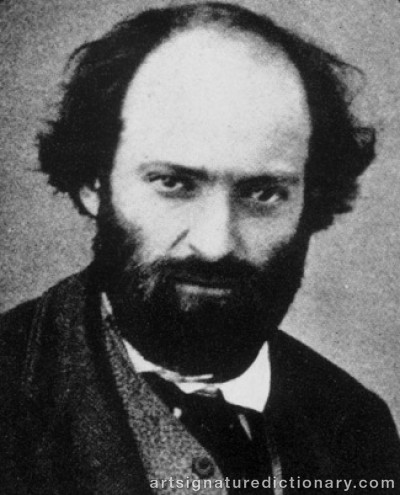 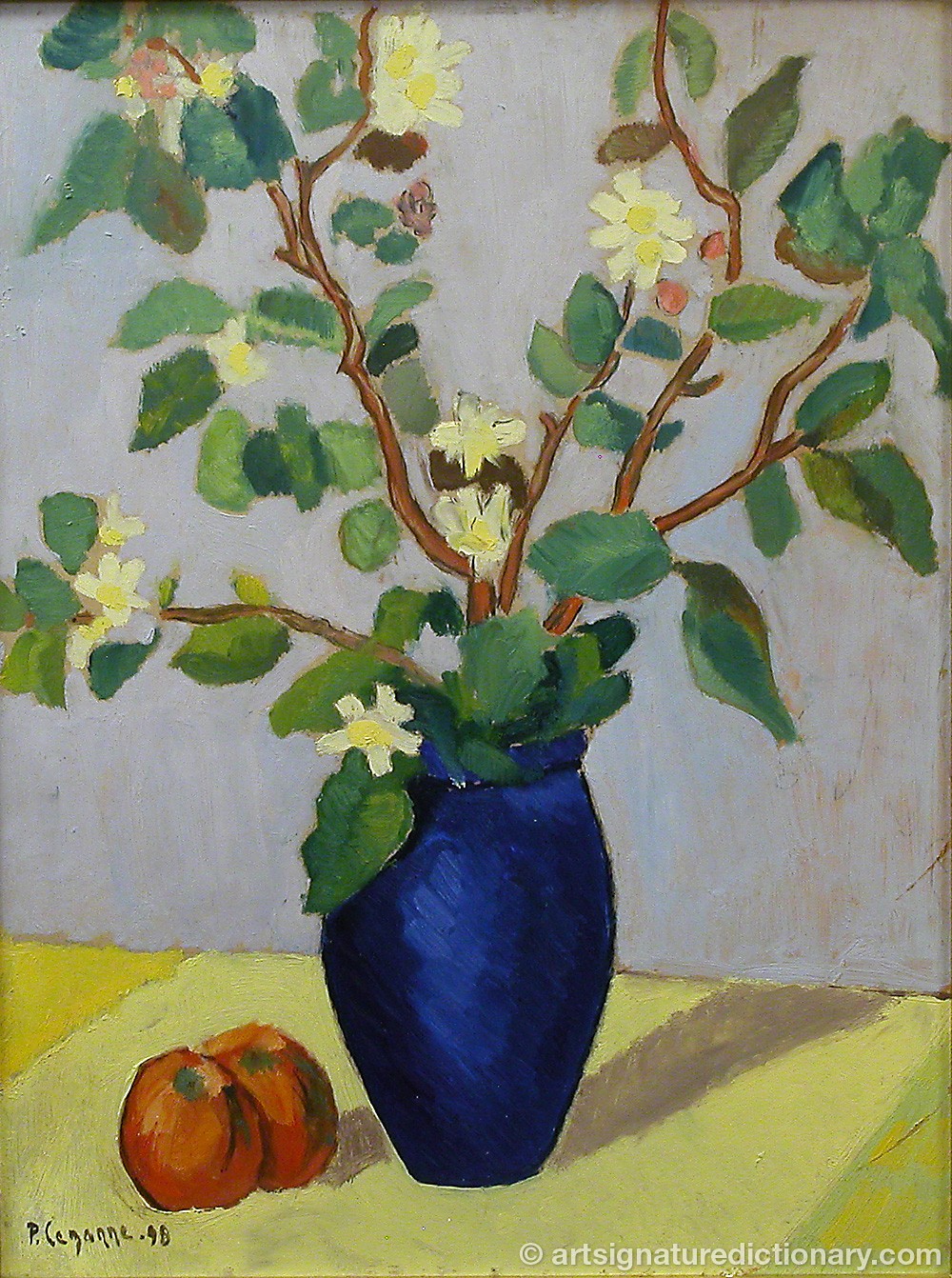 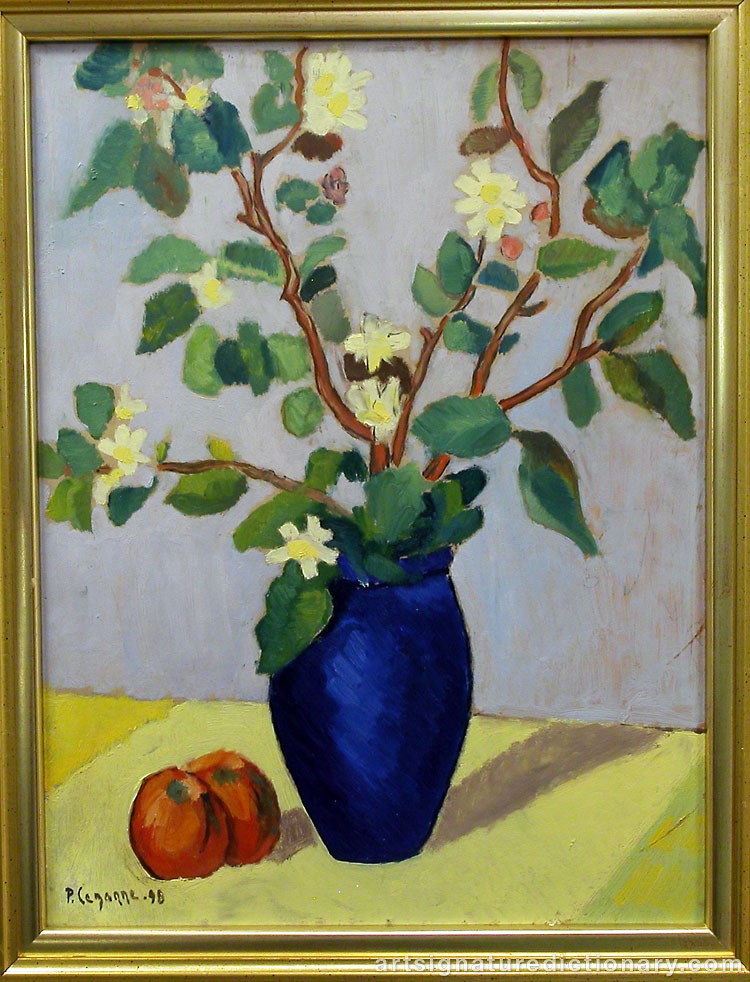 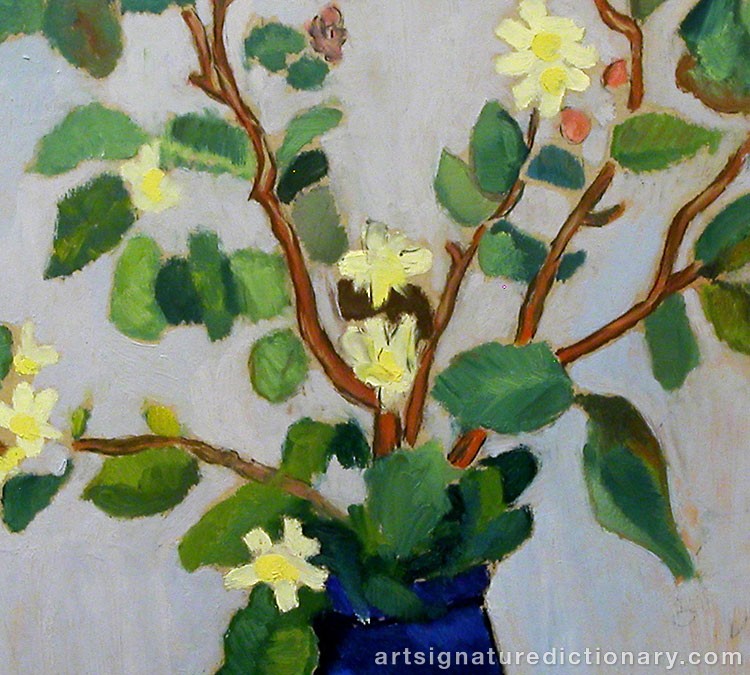 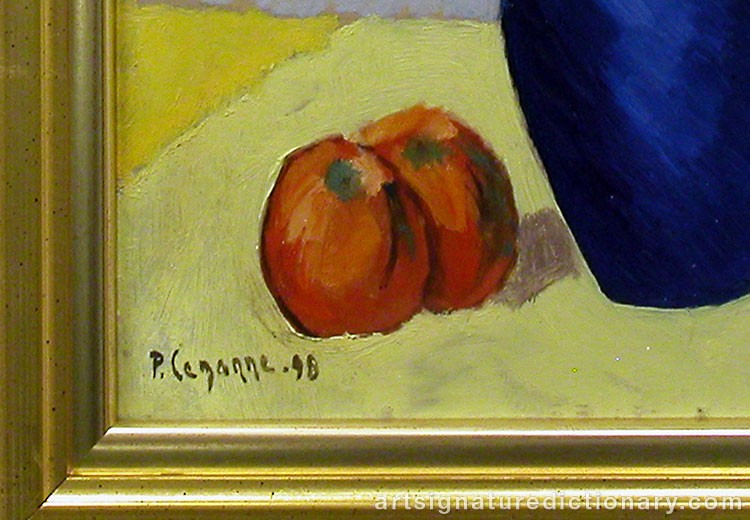 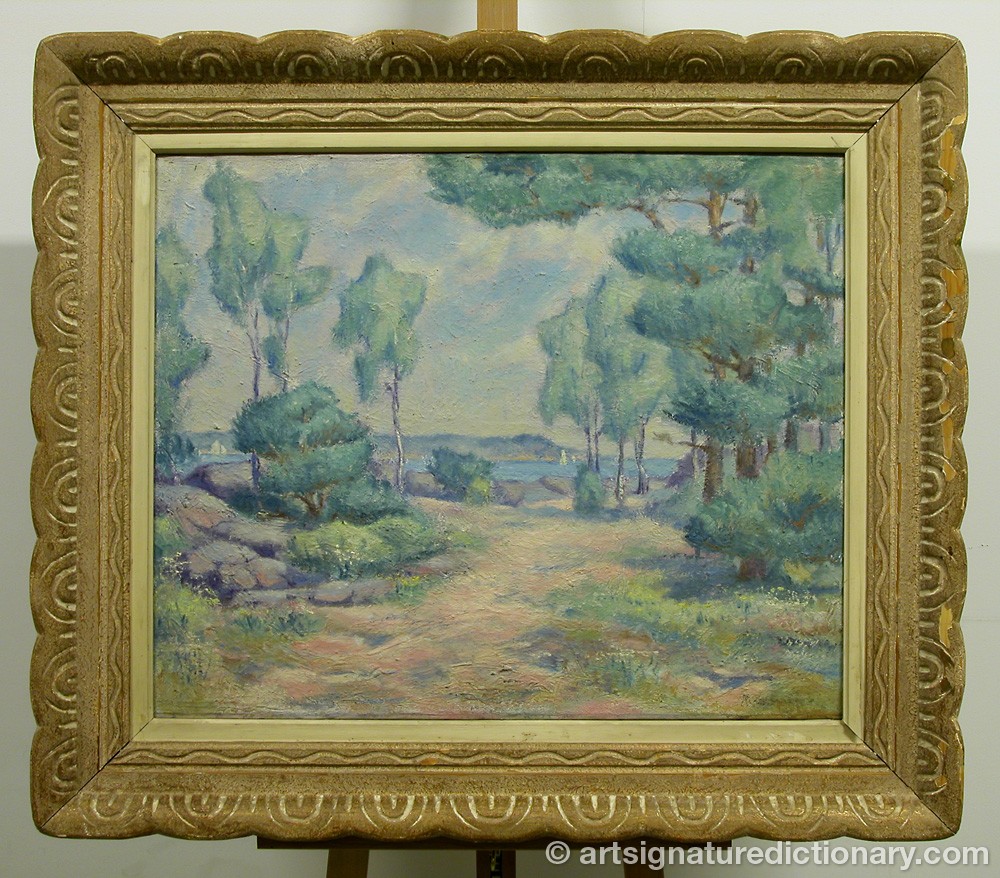 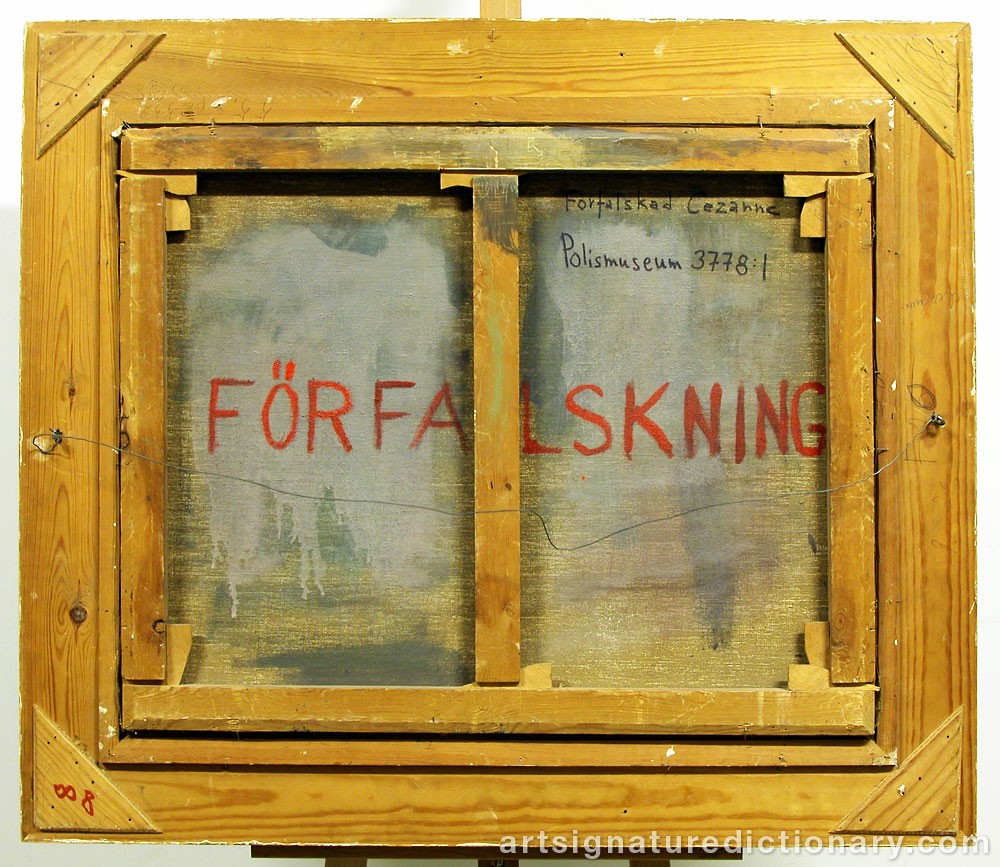 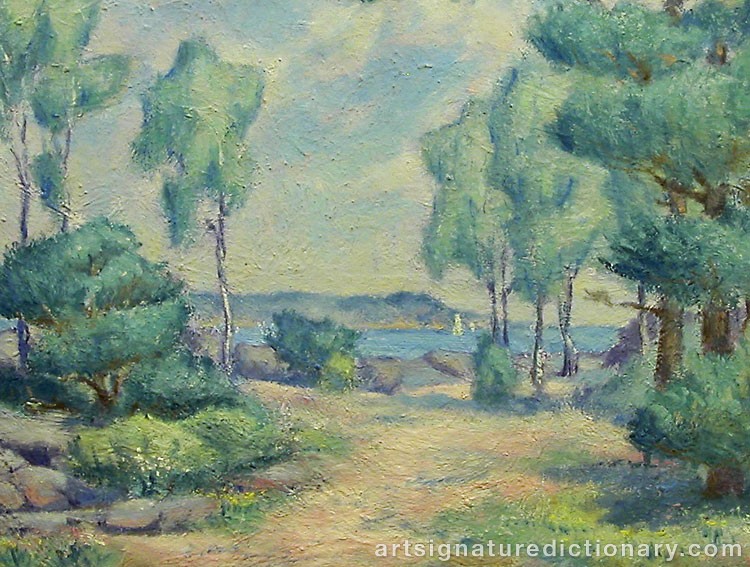 Oil on canvas, landscape scene with figures, indistinctly signed, approx. 73x75 cm. Ostensibly depicting a genuine painting by the renowned French artist Paul Cezanne. The painting is part of a major fraud seizures of counterfeit art in Sweden known as: ”The Society of Art Friends”. The painting belonged to a businessman "NN" who died in 1987. In his estate were two forged paintings. This Cezanne and a counterfeit Joan Miro 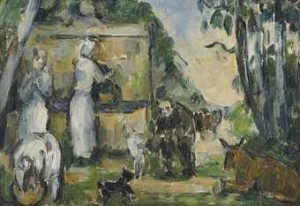 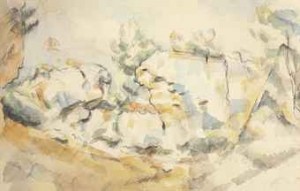 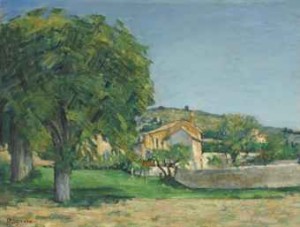 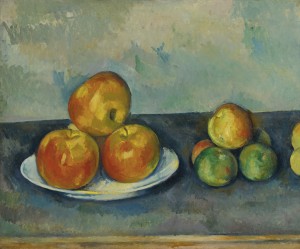 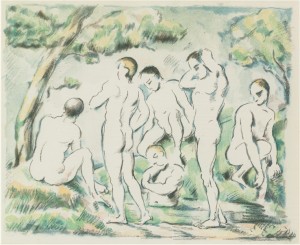