Mêne learned the basic principles of sculpture from his father, a metal turner. Later, after working for a while modeling for porcelain manufactures in a style popularized at Sèvres by Marie Antoinette, he studied with René Compaire, showing a clear preference for modeling animals. Mêne, along with other animalier sculptors, studied, modeled and sketched his subjects at the Jardin des Plantes as well as in the studio. He also studied animal anatomy in order to improve the accuracy of his work. He began exhibiting at the Paris Salon in 1838.

Mêne worked out of his own foundry for several years early in his career, selling his work through catalogues such as the one he issued jointly with his son-in-law, the sculptor August Nicholas Cain. He was very successful and never found it necessary to seek government commissions. He lived his entire life in Paris, although he traveled from time to time; he took part in the Great Exhibitions of 1851 and 1862 in London and attained popularity in England second only to that he enjoyed in France. He modeled mostly domestic animals, frequently horses; his bronzes of horses and jockeys were among his most popular, and other equestrian subjects also attracted favorable attention. His models of pointers, setters and foxhounds suggest a familiarity with shooting and foxhunting, although nothing is known of his participation in field sports. 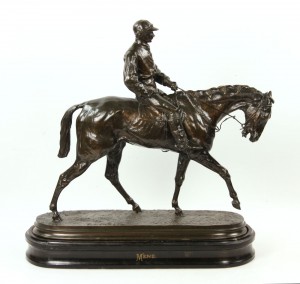 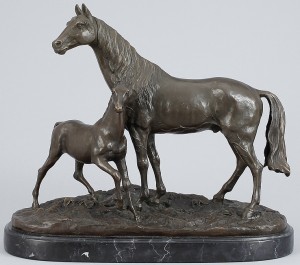 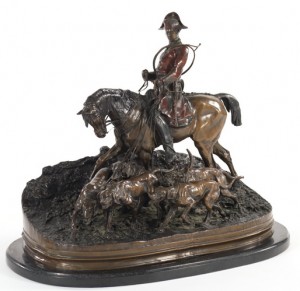 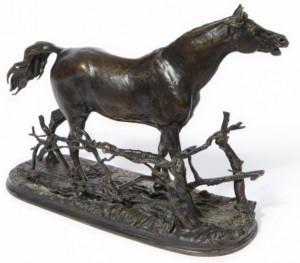 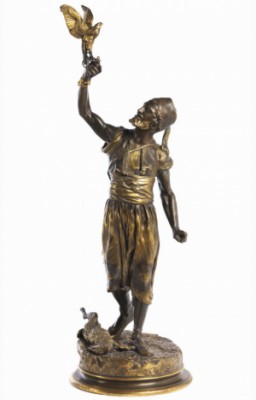 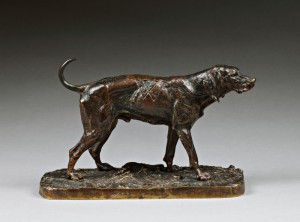 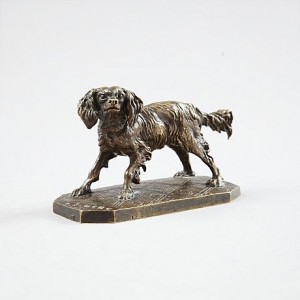 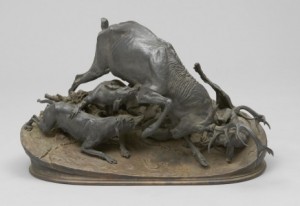 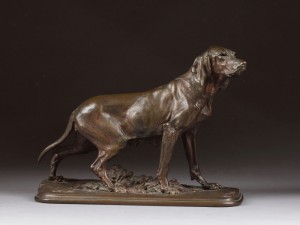 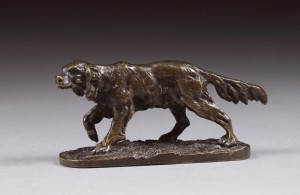 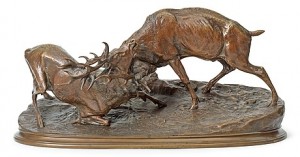 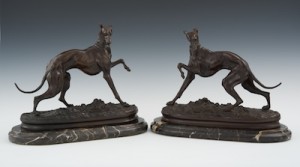 A Pair Of Hunting Dogs 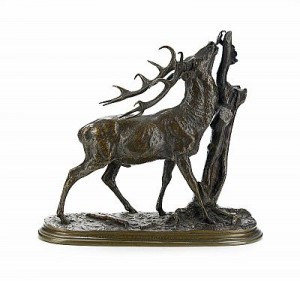