Meschersky studied under Sokrat Vorobiov at the Imperial Academy but seems to have fallen out with his teacher and left for Geneva without finishing the course. There he studied under the Swiss painter Alexandre Calamé, whose work was extremely influential in Russia at that time-Savrasov was another devotee. From Switzerland he sent his painting Swiss View back to the Academy and received a gold medal for it; in 1864 he became a full Academician. In 1867 he toured the world in the company of Grand Duke Alexei Alexandrovich, the fast-living younger brother of the future Alexander III. He became a professor in 1876. 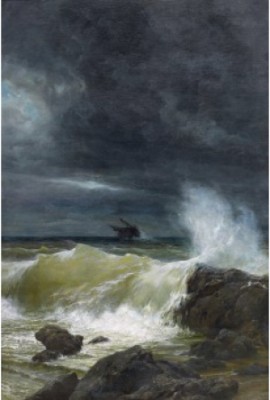 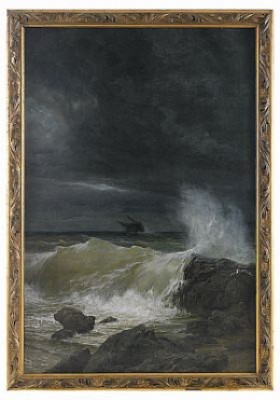 Ship In Difficulty Off The Coast In A Storm (1894)