Richard Davies was born on the Isle of Wight in 1944. He studied first at the Portsmouth College of Art where he was awarded a painting scholarship which enabled him to travel extensively in Europe. He later graduated to the Royal College of Art where he concentrated on printmaking. While at the Royal College he also spent some time studying in Paris at the Cite International des Arts and he worked in the studio of M. Jean Jacque de Broutelle. He has worked as a Visiting Lecturer at the London College of Printing and since 1983 has been the Head of Printmaking in the School of Fine Art at Canterbury College of Art. The work of Richard Davies has been exhibited widely in both group and one-man shows. Before creating his \"London from the Thames\" set of screenprints Richard Davies made a series of river boat journeys from the Thames Barrier to Kew in order to record the major aspects of the changing City. The images provide his personal vision of present-day London. His work is held in numerous private collections in Europe USA Japan Australia New Zealand Singapore and Hong Kong. It is also represented in the collections of The British Council The Victoria and Albert Museum The Museum of the City of New York Imperial War Museum and The Royal Academy of Arts.

Source: Composed of a variety of sources from the internet. 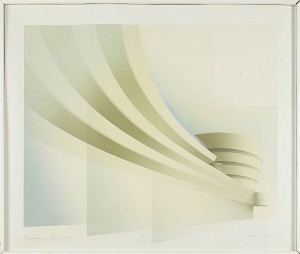 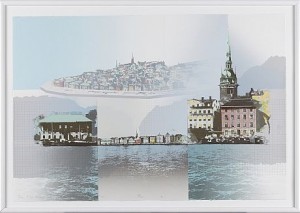 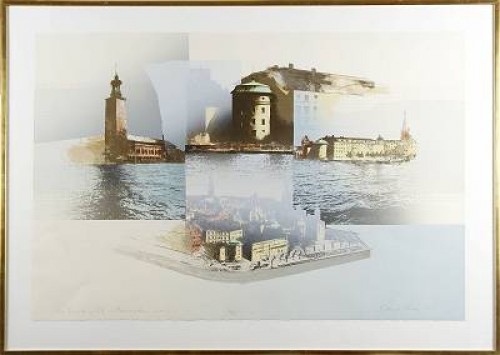