Bonheur was born in Bordeaux, France, on 22 March, 1822. She was the eldest of a family of four artists, of whom her brother Isidore was best known. Her father, Raymond Bonheur, was a drawing master, with whom she studied in Paris; she also studied with Leon Cogniet and sketched at the Paris Zoo and at slaughterhouses on the outskirts of the city. She was primarily a painter, but was also known for her animalier sculpture, of which at least seven models were cast in bronze by her brother-in-law, the well-known founder Hippolyte Peyrol. She began exhibiting at the Paris Salon in 1841, showing drawings of rabbits and sheep in that year. In 1845 she received a third class medal, then a gold medal in 1865. She and her companion, Nathalie Micus, moved to By, near Fontainebleau, in 1859, where she lived for the remainder of her life; Micus died in 1889, after which Bonheur did little work. In 1893 she was created an Officer of the Legion of Honor.
Bonheur died at By, France, in 1899. 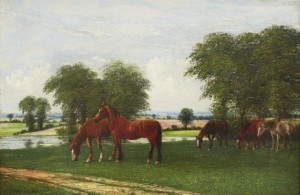 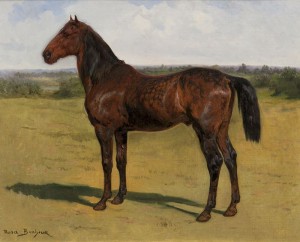 Horse In A Landscape 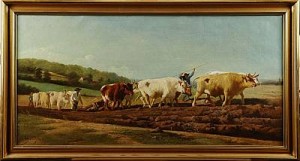 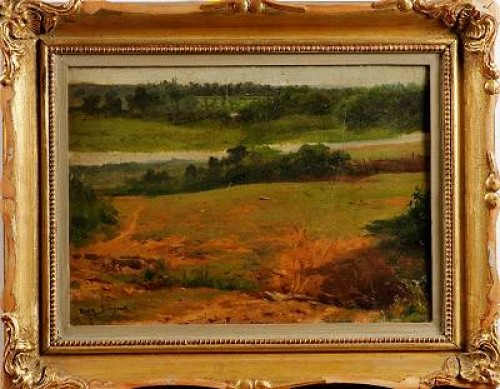