Sam Bough, the son of a shoemaker who came from Hereford, and thus, although he came to be associated with the Scottish School, he was not a Scot either by birth or by family. His mother was a vivacious character and seems to have imparted a restless energy to her son.
As a youth, Bough rebelled against any attempt at a formal education. At the age of 15, he became a lawyer\'s clerk, but disliked the post so much that his parents agreed to send him to London, to study engraving under Thomas Allom. Again, Bough rebelled against the discipline and returned to Carlisle on foot, settling for a period in Penrith, where he taught drawing in the local school. Bough loved to walk for mile after mile, seeking out interesting views to sketch in the Lake District and later over the border. On some of these trips as a young man, he was accompanied by an old Highland soldier, who told Bough about the Highlands and its legends.
Although probably most at home with coastal scenes, Bough had a wide range of subjects. Some of his views of castles by lochs can be romantic, the view depicted at sunset or in the moonlight, looking towards the moon. 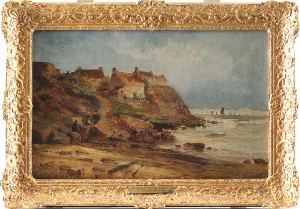 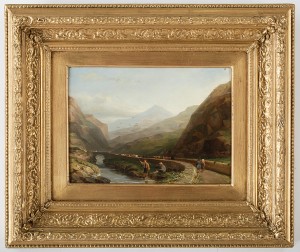