A portrait painter, Sandor Vago was born in Hungary and studied at art academies in Budapest and Munich. In the early 1910s he exhibited in Budapest, Vienna, and Venice. Little is known about his art of this period because most of it was destroyed during World War I. In 1921 he immigrated to Cleveland. Soon after his arrival, he joined the Cleveland Society of Artists, opened a studio, and launched a lucrative career as a portrait painter, receiving commissions from individuals as well as private and public institutions, including Western Reserve Academy and the Catholic Diocese of Cleveland. He exhibited in the annual May Shows at the Cleveland Museum of Art (1922--47). His paintings were featured in solo exhibitions at Korner & Wood Galleries (1925), Gunther's Gallery (1927), Gage Galley (1929), Webb C. Ball Art Galleries (1932, 1934, 1939), and the Cleveland Society of Artists (1940). In 1927 He spent a year traveling in France, Italy, and Hungary, where he painted portraits and genre scenes. From 1929 to 1935 Vago taught at the Cleveland School of Art. 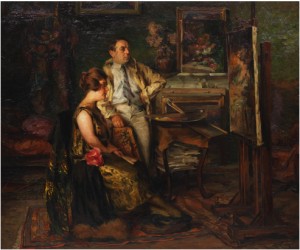 Self Portrait Of The Artist And His Wife 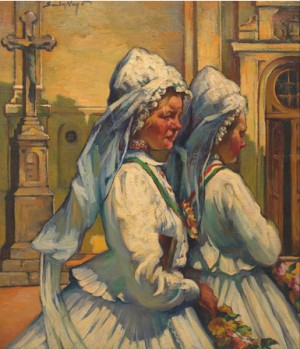 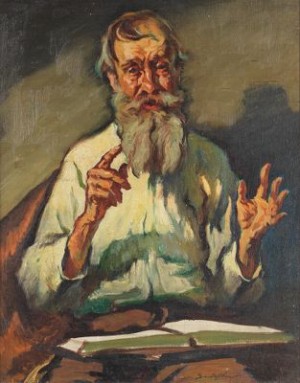 Portrait Of An Elderly Scholar 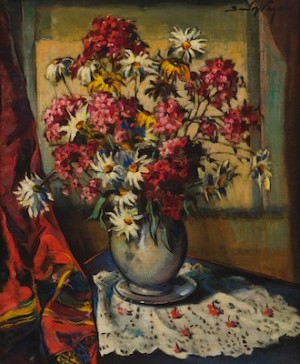 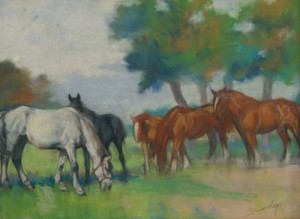