Born of a poor Jewish family near Vitebsk, Sorin studied in the Odessa Art School under Kiriak Kostandi and at the Imperial Academy (1899-1907) in Repin´s workshop. Sent by the Academy on a scholarship to Italy and France in 1908. He painted portraits of many of the leading cultural and social figures of the time, including Feodor Shaliapin, Anna Akhmatova and Tamara Karsavina, and took part in exhibitions of the World of Art. He emigrated to Paris in 1920, and shortly afterwards to New York. In the emigration he continued to make a successful career as a portrait painter; in the 20s and 30s he painted Balanchine, Mikhail Fokine, Anna Pavlova and members of the British Royal family, including the present Queen of England. One of his devices was to dress up his subjects in exotic Russian costumes. 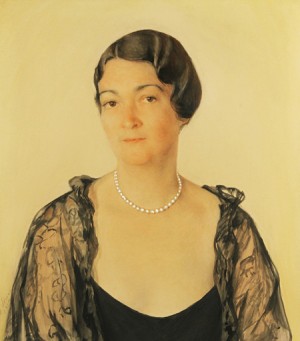 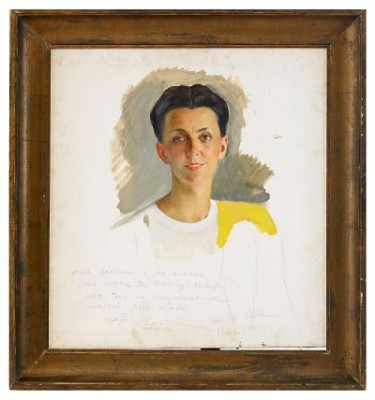 Portrait Of Anna, The Artist's Wife (15 December 1979 and inscribed by the artist´s wife)