A painter of pastoral scenes, Thomas Bigelow Craig was born in Philadelphia and spent the first 40 years of his life there. He was primarily self-taught but did study at the Pennsylvania Academy and began exhibiting there in 1869. In 1889 he moved to NYC and then on to Rutherford NJ in 1899. An artist of largely regional interest, Craig was known for his paintings of grazing cows, quiet streams and highlighted pastures, all which were hallmarks of his work. He was a Member of the National Academy, Salmagundi Club and Artists Fund Society and exhibited at these venues as well as at the Pennsylvania Academy, Philadelphia Art Club (1876), Philadelphia Exposition, Art Institute of Chicago, Boston Art Club, Brooklyn Art Association and Society for Independent Artists. Source:Michael David Zellman, 300 Years of American Art. 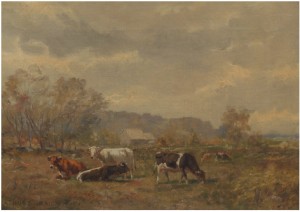 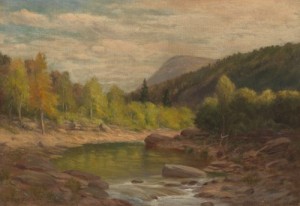 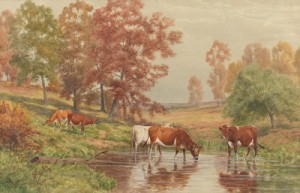