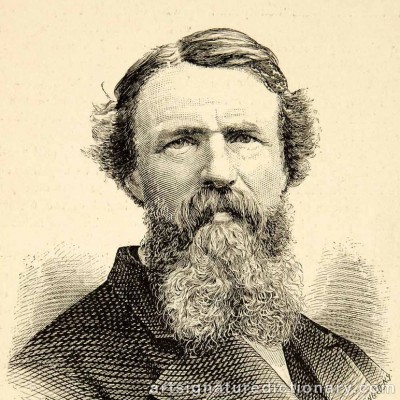 Thomas Hill’s paintings embody the sublime character of the 19th-century American west and have made some of the finest icons of the California and Yosemite landscape. He was driven by a vision derived from his firsthand experience of nature. Early on his life, he did not have a dream to become an artist, and he only briefly studied at a formal art institution. For Thomas Hill, Yosemite Valley and the White Mountains of New Hampshire were his classrooms, and the awe-inspiring beauty of the American wilderness was his source of inspiration. His name has long been linked with that of Yosemite Valley, his most frequent subject. When the artist was seventy, an art critic called him ”The most ardent devotee at the shrine of Yosemite and the most faithful priest of the valley. Born in England, Hill moved to Massachusetts with his family in 1844 but ventured west with his family in search for a better climate and economic prosperity. He lived in Boston, Philadelphia, and Cambridge before moving to San Francisco in 1861. Once in California, Hill became known for his landscape paintings of the American West and the year of 1865 marked a monumental date in Hill’s career as an artist. Along with painter Virgil Williams and photographer Carleton Watkins, Hill made his first of many trips to Yosemite Valley. By the end of that same year, Hill gained success and a steady patronage for his landscapes from the site. In 1872 he made the San Francisco bay area his home, thus gaining access to the grand landscape and in 1886 he moved to Wawona, fifteen miles southwest of the valley, where he maintained a studio and residence the rest of his life.
During his lifetime, Thomas Hill’s paintings were a huge success in late 19th-century California. His Yosemite panoramas were purchased by many of the social and business leaders of San Francisco, and one of his landscapes won a bronze medal at the Centennial Exposition in Philadelphia. Hill’s clientele also included buyers from around the world and today, Hill’s Yosemite Valley paintings remain as his most popular works and are legendary for their stunning representations of the region. 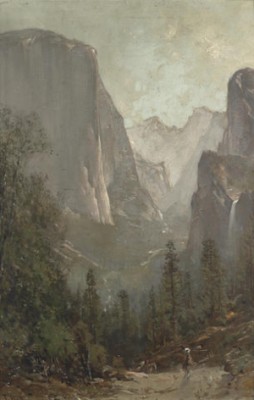 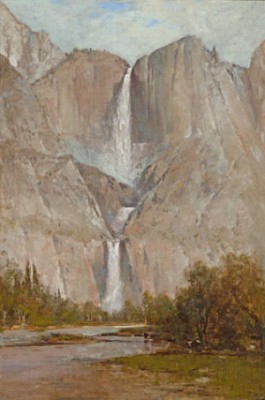 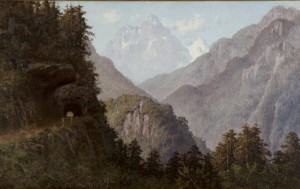 Empire Mine, Mining Road Along A Steep Mountainside (1886) 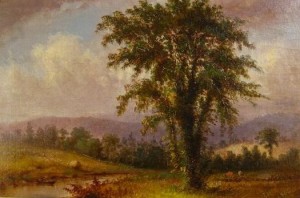 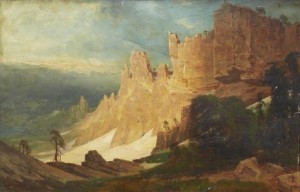 Sentinel Of The Forest 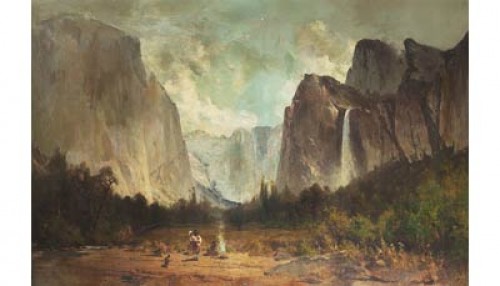