András Gombár was born in Budapest in 1946 into an artistic family. His father was a well-known graphic artist, and his sister is a respected set and costume designer in Hungary. As a child, Gombár was accepted into many juried competitions and received numerous national and international awards for his drawings. Iinspired by realism he later began to paint with oil on panel. He developed an acute perception for tone values, shapes and colors capturing reflections within his subject matter. 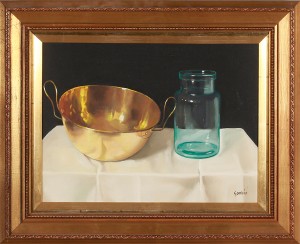 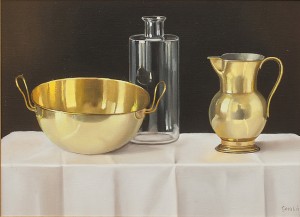