Also known as: AM

The painter and graphic artist André Masson was born in Balagny, a village on Ile de France in 1896. In 1904 Masson moved to Brussels where he attended the academy of fine arts. In 1912 André Masson went to Paris. There Masson was admitted to the Paul Baudoin studio at the \'Ecole National Superieure des Beaux-Arts\'. When the war broke out, Masson became a soldier. In 1917 he was severely injured and spent several months in an army hospital. In 1922 André Masson returned to Paris, where his art was influenced by André Derrain and Cubism. A little later he met the Surrealist artists and subsequently joined the movement in 1924. In 1925 the first surrealist exhibition took place in the Pierre gallery, including some of Masson\'s works. In protest against Breton\'s authoritarian claim to leadership Masson left the group five years later. Surrealism gave Masson access to the irrational and the psychological roots of art. With the help of \'écriture automatique\', an automatic script, which is derived from the subconscious, Masson tried to explore the depths of the irrational and the psychological roots of art. Hence Masson followed this method and went on to develop his famous sand pictures made of glue and different colored sands. His focus on lines and the free decription of shapes in his graphic works reflect his study of eastern Asian calligraphy. In his swinging lines, drawn in a trance-like state or ecstatically agitated script, Masson often captured wild and cruel visions. Most of the time an orderly Cubist structure can still be found behind the spontaneity and the passionate emotions of the pictures. From 1942, when Masson fled to the USA before the Nazi occupation of France, he painted fragmented figures and figures of terror. Up until the sixties he remained pre-occupied with these motifs. In 1945 Masson returned to Paris. He broke with Surrealism once and for all. Masson\'s versatile œuvre also includes illustrations of books and stage designs. In 1966 Masson produced a ceiling painting for the Parisian Théatre Odéon. In spite of the fact that , particularly in the USA, he is celebrated as the inspiration of Abstract Expressionism, Masson\'s work remained object-related throughout. Masson\'s desire was turn his own vision into reality and \"not to photograph the event of the day\". Died in Paris in 1987. 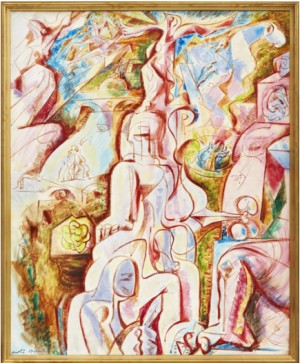 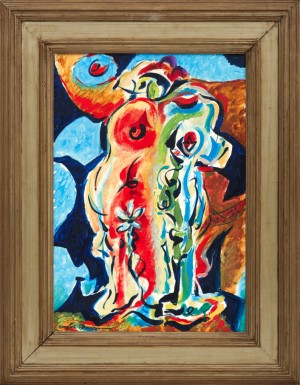 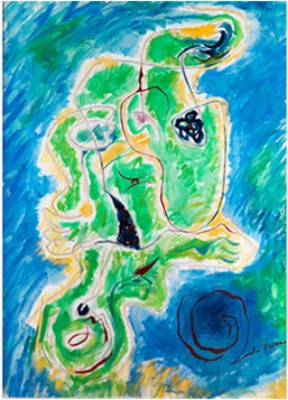 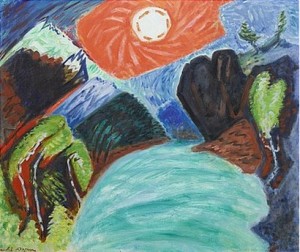 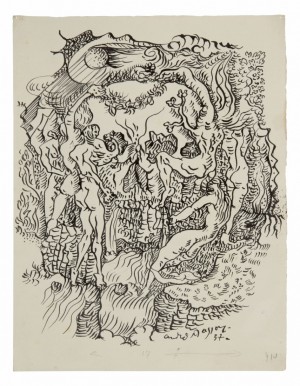 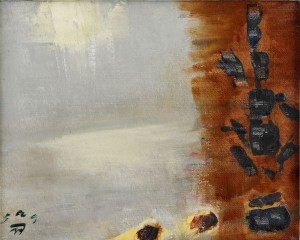 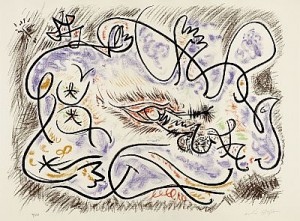 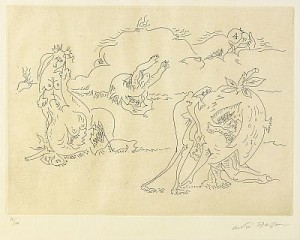 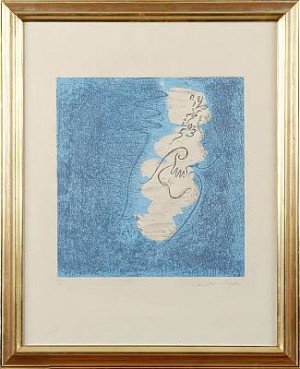 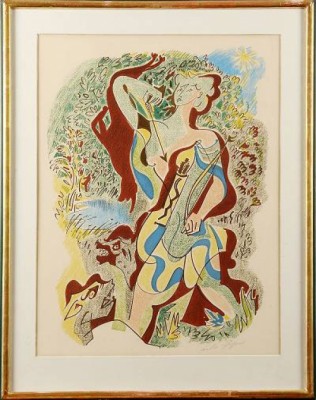 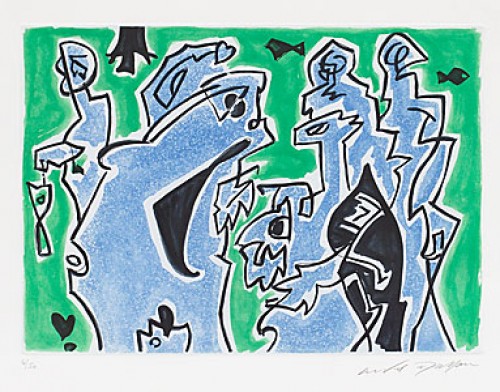