Best known for his landscape and marine paintings, Charles Paul Gruppe was born in Canada and lived from 1860-1940. Having spent the majority of his time working in Holland, it was here that he honed his skills in coloration and draftsmanship which later resulted in him being elected to the Pulchre. Having spent over 20 years in Holland, Gruppe became a celebrity in large part due to the resemblance people saw in his work with the Dutch School of painting. Eventually returning to America as a painter and art dealer/broker, Gruppe's works are displayed in museums throughout America and Europe. 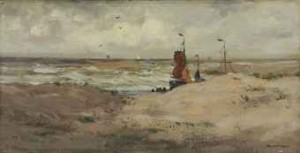 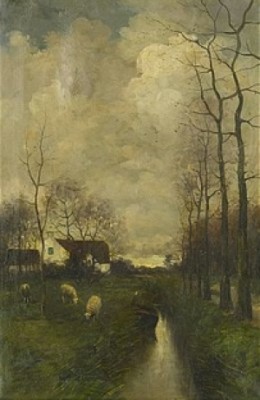 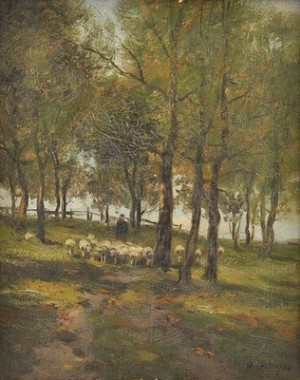 Shepherd And Sheep In A Lane