Westchiloff was born Konstantin Alexandrovich Veschilov. He Americanized his name to Constantin A. Westchiloff when he immigrated to the United States in the early twentieth century.
Westschilov studied under Repin at the Imperial Academy (who painted his portrait in 1898) and enjoyed some success with historical subjects and landscapes, as well as working as a scenographer. He emigrated in 1922, and had exhibitions at the Galerie Charpentier in Paris as well as the Metropolitan in New York. 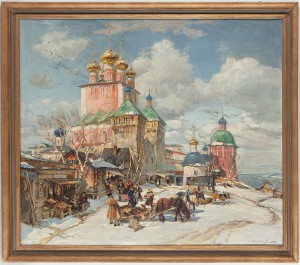 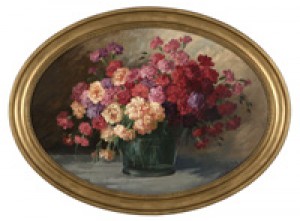 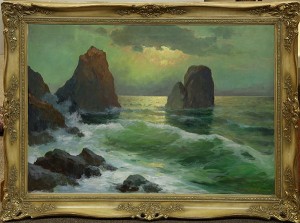 Sunset On The Waves 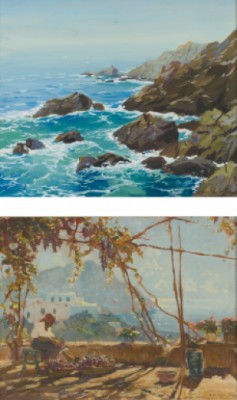 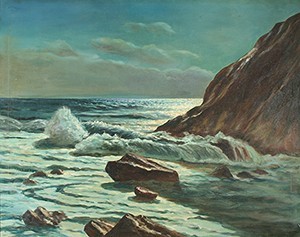 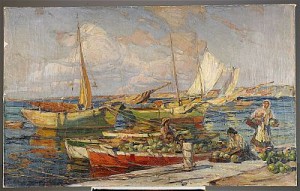