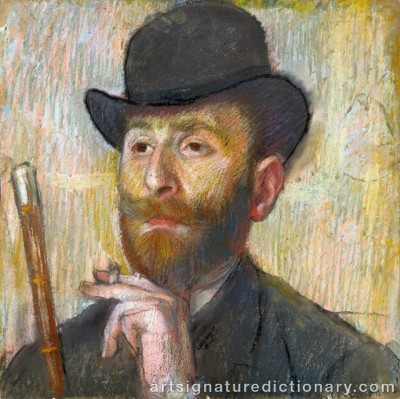 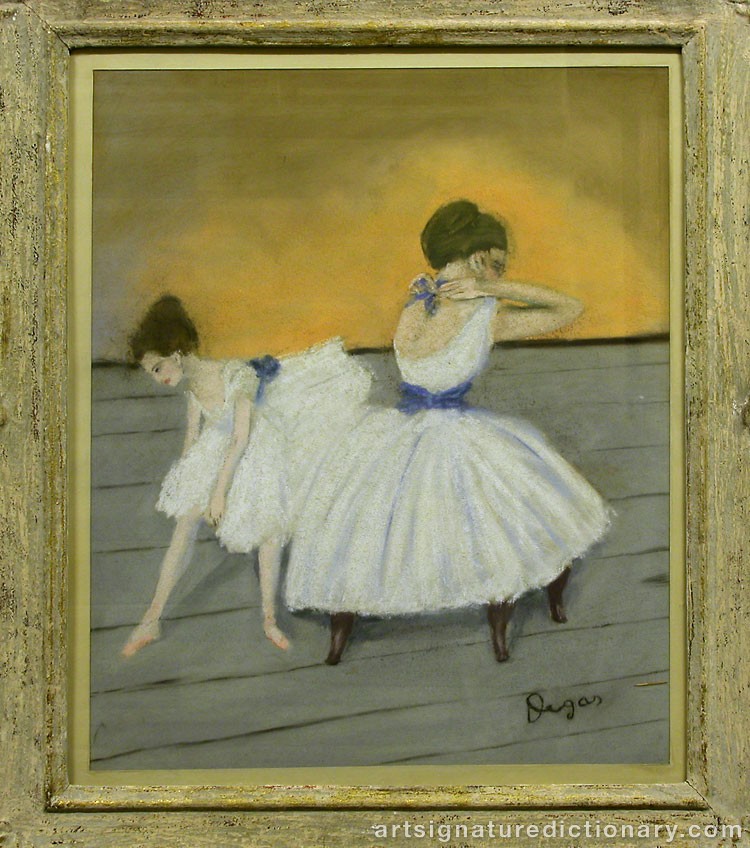 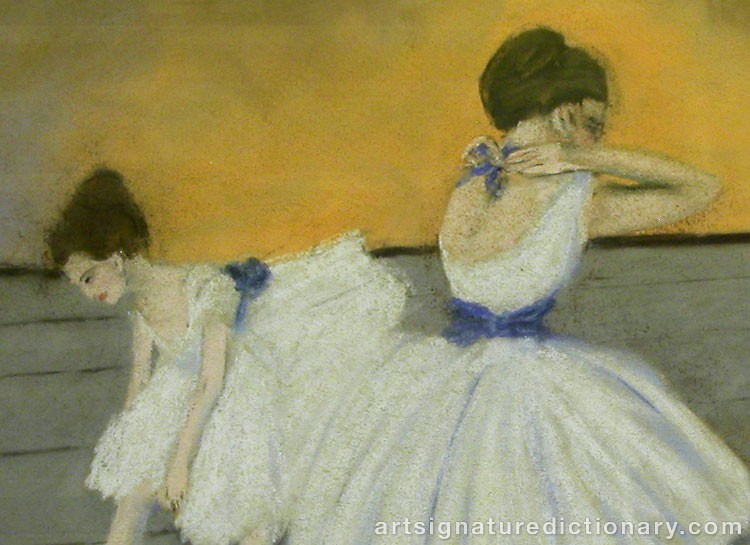 Pastel on panel, interior with ballet dancers, signed "Degas", 55x46. Ostensibly depicting a genuine painting by the French artist Edgar Degas (1834-1917). The painting is part of a major fraud seizures of counterfeit art in Sweden known as ”The Society of Art Friends”: Three men, aged 30, 37, and 40 years old, were caught in Stockholm, Sweden after a reconnaissance tip from police in Ängelholm, Sweden. Shortly afterwards, another two men were caught. In total, 48 house searches were made through out the nation from which 83 forged paintings were confiscated. Forged art had already been sold for millions of Swedish crowns. Victims of the gang were well known businessmen with considerable incomes. League had good help from educated art experts who have written certificate of authenticity to many of the fake paintings, often at very small remuneration. On a door to a flat in Stockholm the men had displayed a sign with the text “The Society of Art Friends”.

Edgar Degas first studied law, but soon abandoned his studies to pursue a career as an artist. From 1853 onwards he took lessons from Louis Lamothe, one of Ingres’ students. He briefly attended the École des Beaux-Art, but then decided to continue his artistic training on his own. He copied ancient reliefs and the old masters in the museums of Paris. In 1856 Degas took a study trip to Italy. Upon his return to Paris three years later, he worked primarily as a portrait painter and created several history paintings before consecrate to contemporary Parisian life as his preferred subject matter. Degas rejected plein air painting, instead he worked in his studio with models or from drawings. His models were mainly women, often from lower social classes. In addition, he also depicted social scenes on the racecourse, at the museum or the theater. But Degas’ most popular theme were the ballet dancers. His oeuvre is defined by drawings and pastels, but he also created sculptures and developed an interest in photography in the 1890s. Thanks to the support of his gallerist Paul Durand-Ruel, his works found appreciation amongst collectors early on. The most important collections of works by Edgar Degas are nowadays held in the Musée d’Orsay in Paris and the Metropolitan Museum of Art in New York. 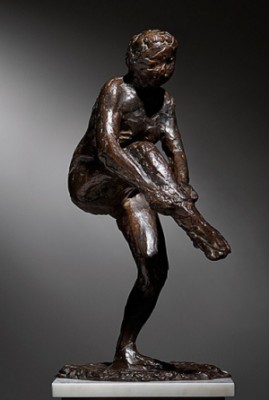 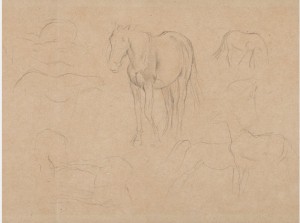 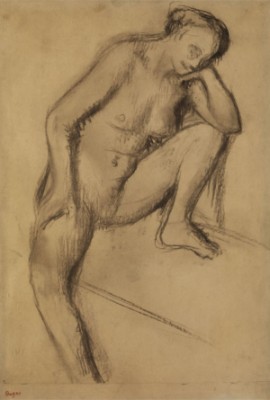 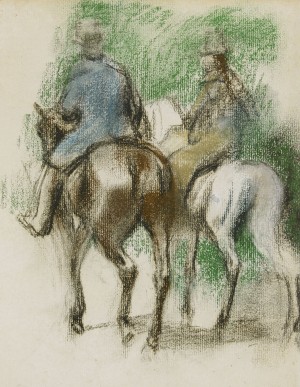 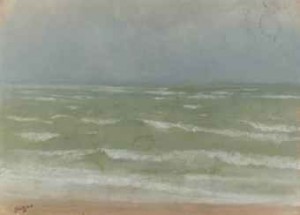 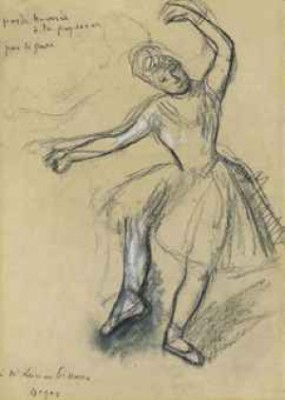 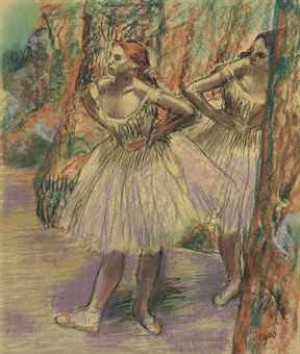 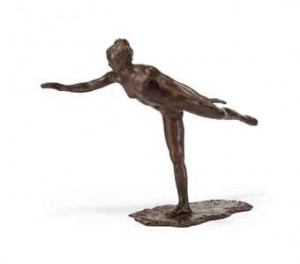 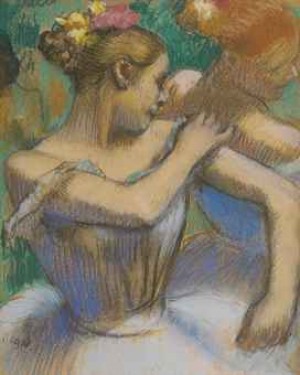 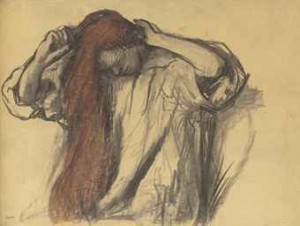 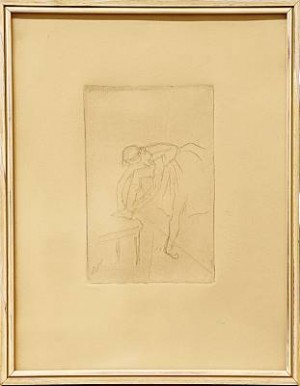