This Belgian artist was the son of the sculptor Barthelemey Verboeckhoven (1754-1840), and learned the basics of sculpture and moulding from his father. Verboeckhoven senior did not earn enough from his work so that, at an early age, the talented Eugène had to earn some extra money working as a lithographer, which gave him a sharp eye for detail. While a student at the Ghent Academy of Fine Art under Ommeganck - and like many of his contemporaries - Verboeckhoven was strongly influenced by the work of Northern Netherlandish painters of the 17th century. His favourite painters were Potter and Cuyp which led him to specialize in animals and landscapes.
After a period of travelling abroad he returned to Belgium in 1827 to found an extremely successful studio in Brussels, where the renowned English painter Thomas Sidney Cooper, also specialized in the representation of cattle, was one of his pupils. Verboeckhoven’s fame as an artist extended far beyond Belgium and he was widely regarded as the most important animalier on the European mainland, rivalled only by Landseer in England. His international reputation is due in part to a series of fabulous equestrian portraits commissioned by Leopold Saxe-Coburg, the first king of the newly formed kingdom of Belgium who also happened to be Queen Victoria’s favourite uncle. These royal family-ties brought Verboeckhoven a great many English clients. 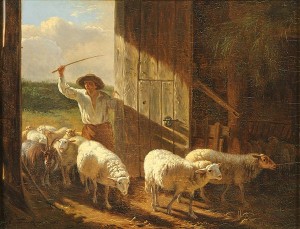 Shepherd And Flock Entering The Barn (1845) 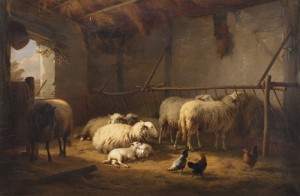 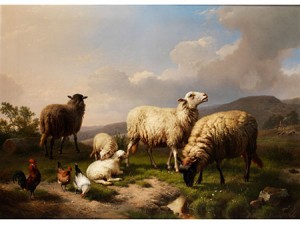 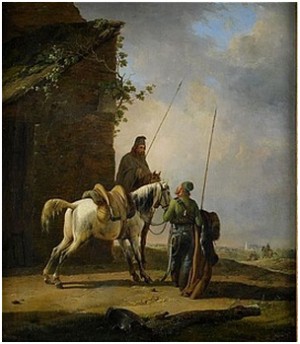 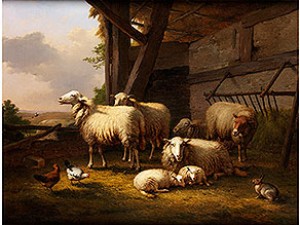 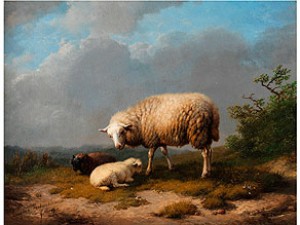 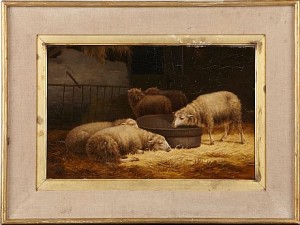 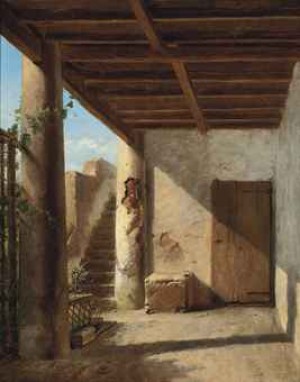 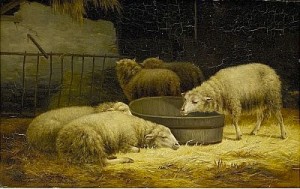 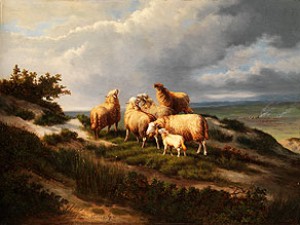 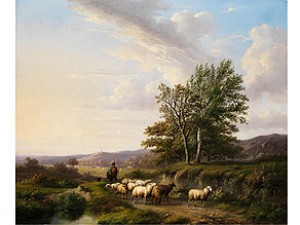 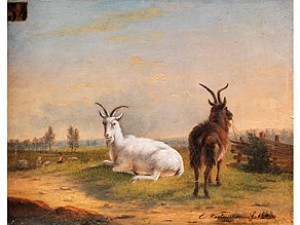 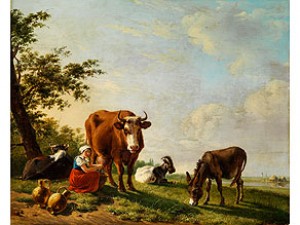 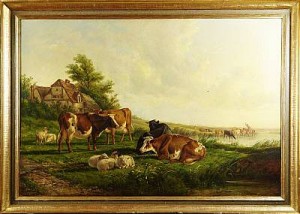