Hughson Hawley was a self-taught watercolorist, theater-set designer and specialist in painting cathedral interiors. He was born in Brighton, England, and began his career by painting sets for the Theatre Royal in his hometown and, later, for the theater at Stratford-on-Avon, where his father was the town librarian. At the same time, he started sketching the countryside around London and became especially adept at drawing architecture. 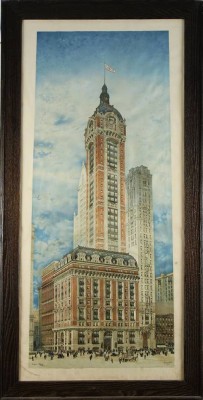