Born in Saint Louis, Missouri; Jack Lembeck attended Washington University in Saint Louis for two years. He earned a BFA degree from the University of Kansas. He earned a MFA degree from Yale where he worked closely with well known artists Jack Tworkov, Al Held, Lester Johnson, William Bailey, philosopher Paul Weiss and of course Bernard Chaet. By 1970 he was a full-time faculty member at Yale University and became a Morse-Stiles Fellow under Master Bart Giamatti.

In 1969 he joined a small artists co-op to become an art pioneer in the now fashionable SoHo district of New York. As a reorganization president he converted this co-op on West Broadway into one of the earliest alternative exhibition spaces for emerging artists. His first solo exhibition was there in 1970. It consisted of paintings influenced by his investigations at Yale of children\\\'s art development.

Razor Gallery (as it was renamed) was the first to exhibit such artists as Robert Colescott, Judy Pfaff, Grace Knowlton, the United Graffiti Artists(u.g.a.) and other currently popular women and minority artists. Many ideas formulated at Razor were used by Irving Sandler and Trudy Grace to develop the now famous and important Artists Space in New York.

From Razor, Lembeck launched a successful exhibition career with timely and unique work. This work was originally inspired by children\\\'s art, primitive art, graffiti and the harsh physical environment of New York. It then evolved into a synthesized art of its own. That evolution now spans more than three decades and includes environmental work, installations, collaborations with other artists as well as individual exhibitions with professional galleries and institutions.

In 1986, looking for fresh inspiration, a change of environmental pace and natural surroundings, Lembeck and family moved to Sanibel Island, Florida. He steadily commuted and maintained studios in Florida and New York until 1990.

Florida accentuated his never ending quest for intriguing new sources and discovery. With an eye on process, Lembeck began actively pursuing his interest in marine archaeology and geology. He worked with Dr. John Gifford at the University of Miami Rozentiel School of Marine Science as an archaeology research diver. This included extensive field work at Little Salt Spring. This interest originates from growing up in the shadow of the Mississippian mound builder sites. All of this experience plays a major role in his art. It became obvious in both theBrittle Star Park andWindscape projects.

Since 1994 the east coast of Florida has been the base for continued evolution. 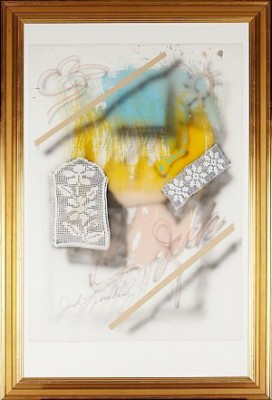 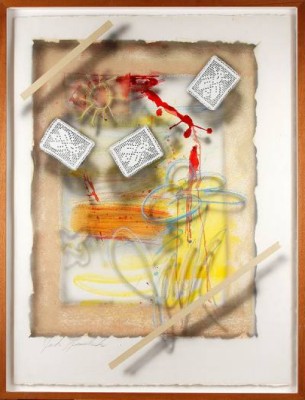