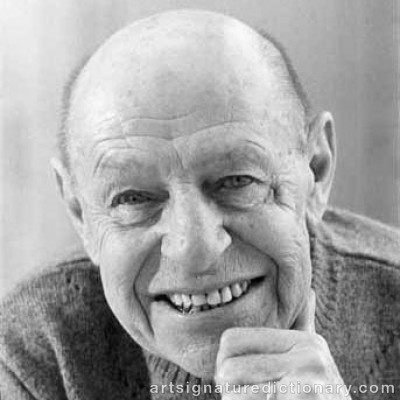 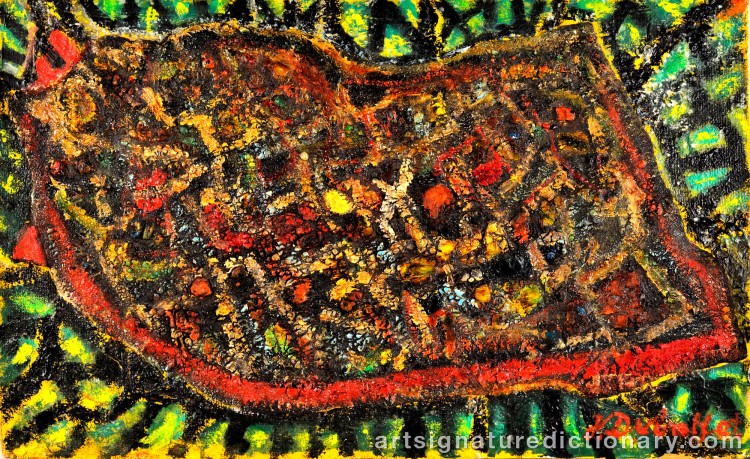 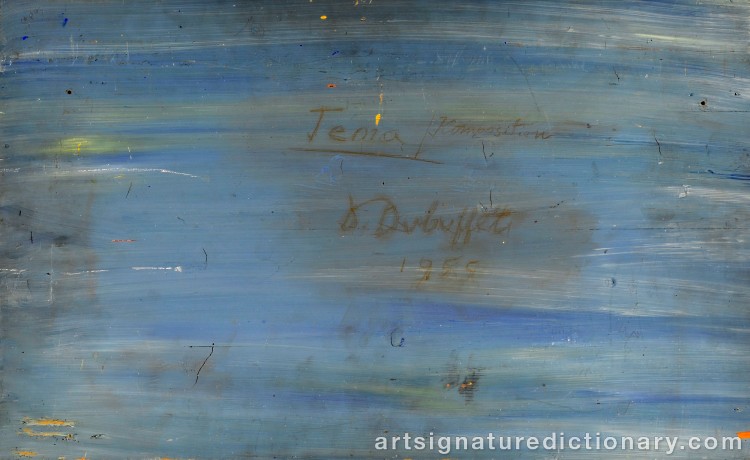 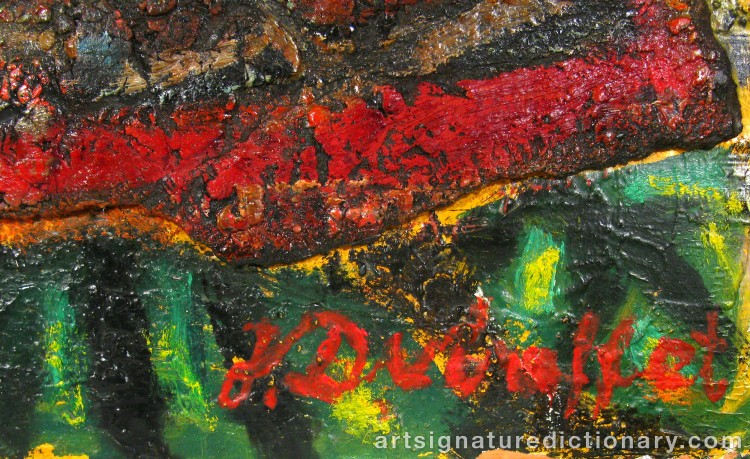 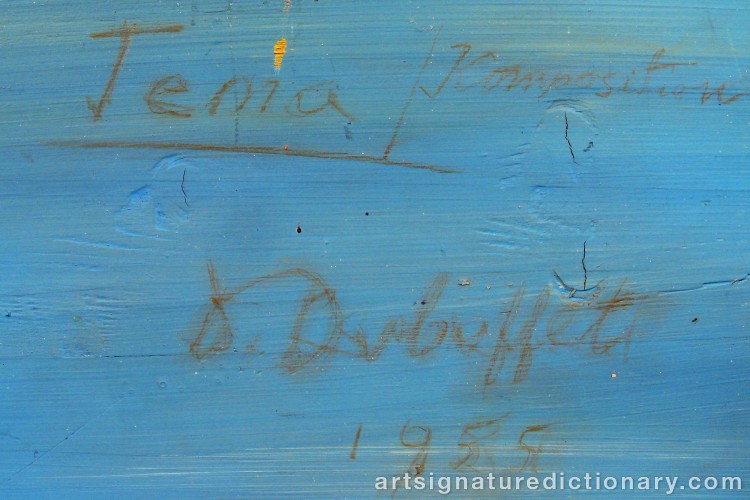 Dubuffet was born in Le Havre. He moved to Paris in 1918 to study painting at the Académie Julian, but after six months he left the Académie to study independently. In 1924, doubting the value of art, he stopped painting and took over his father's business selling wine. He took up painting again in the 1930s, but again stopped, only turning to art for good in 1942. His first solo show came in 1944. He approached the surrealist group in 1948, then the College of Pataphysique in 1954. Influenced by Hans Prinzhorn's book Artistry of the Mentally Ill, Dubuffet coined the term Art Brut (outsider art) for art produced by non-professionals working outside aesthetic norms, such as art by mental patients, prisoners, and children. He amassed his own collection of such art, including artists such as Aloïse Corbaz and Adolf Wölfli. The collection is now housed at the Musée de l'Art Brut in Lausanne, Switzerland. Dubuffet sought to create an art as free from intellectual concerns as Art Brut, and his work often appears primitive and child-like. Many of Dubuffet's works are painted in oil paint using an impasto thickened by materials such as sand, tar and straw, giving the work an unusually textured surface. From 1962 he produced a series of works in which he limited himself to the colours red, white, black, and blue. Towards the end of the 1960s he turned increasingly to sculpture, producing works in polystyrene which he then painted with vinyl paint. In late 1960-1961, Dubuffet began experimenting with music and sound and made several recordings with the Danish painter Asger Jorn. In 1978 Dubuffet collaborated with American composer and musician Jasun Martz to create the record album artwork for Martz’s avant-garde symphony entitled The Pillory. 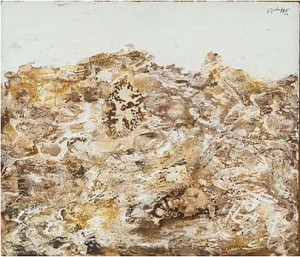 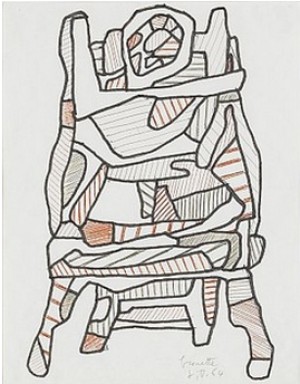 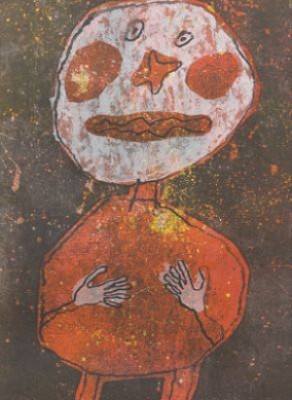 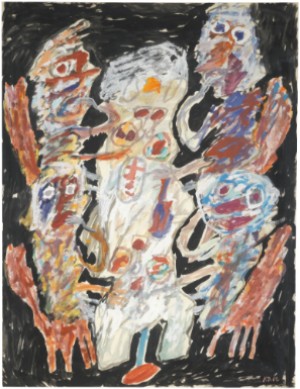 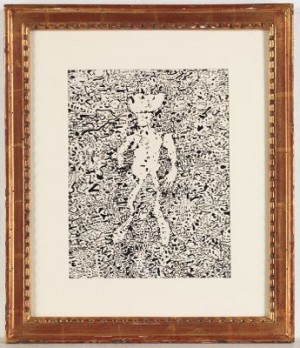 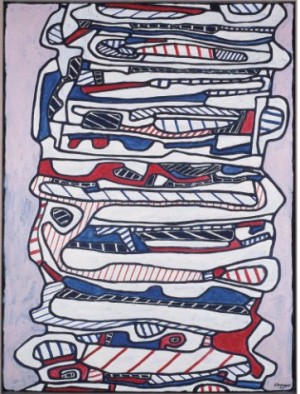 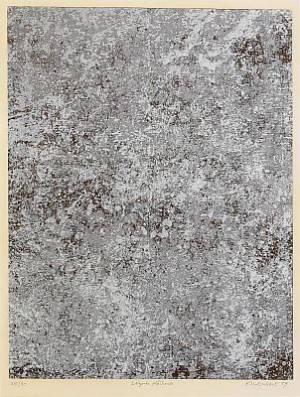 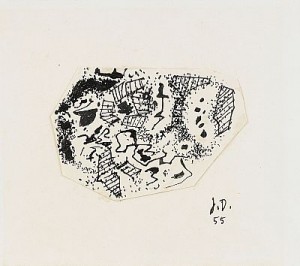 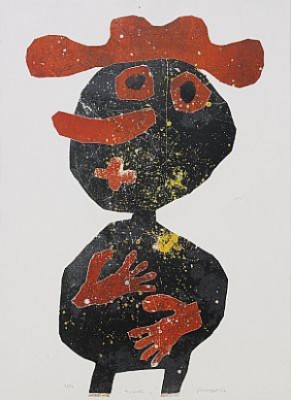 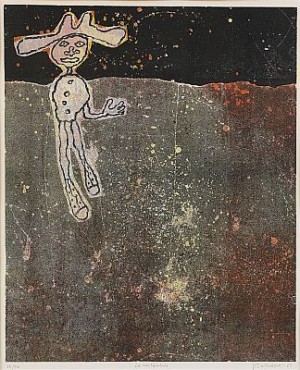 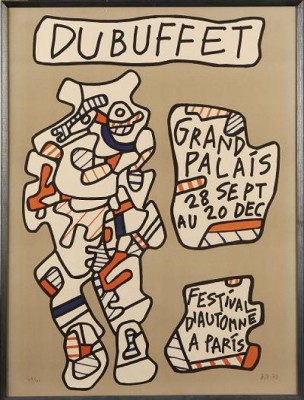 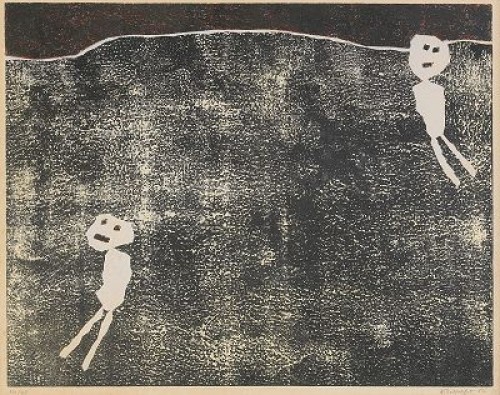 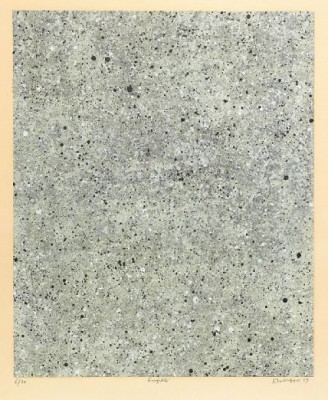 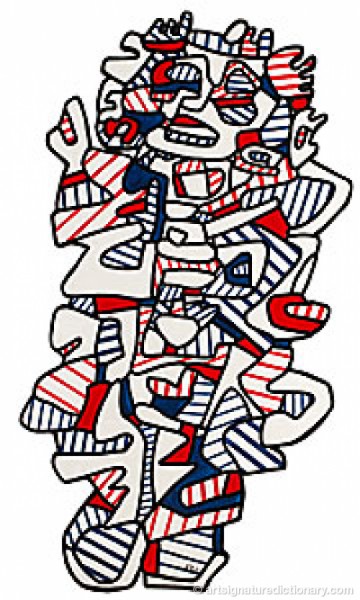 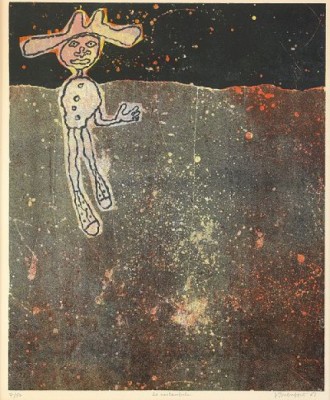